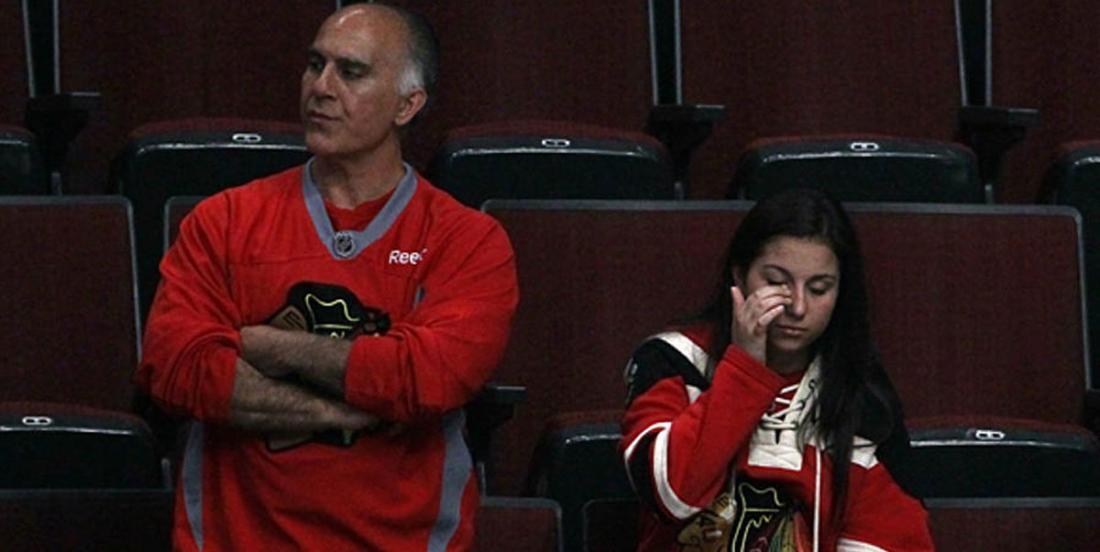 You had one job!

The Chicago Blackhawks worked hard last night to make sure they can have their fanbase forget about the awful previous season, where they failed to clinch a playoff spot for the first time in the last decade, and faced the Ottawa Senators in their season opener on Thursday night. While many people across the National Hockey League doubted the Senators, following the Erik Karlsson trade that officialized the whole rebuilding process, Ottawa played better than expected last night.

However, the Hawks came out on top as star player Patrick Kane notched the overtime winner to give the Hawks their first victory of the season with a final score of 4-3. While they managed to clinch the win, they did struggled within the game, allowing three goals in the first period against the Senators, and surely kicked things off on the wrong foot with one of their own players...

Oddly enough, it wasn’t even his first game with the team. Andreas Martinsen played nine games with the ‘Hawks last season, and took part in many exhibition contests in the preseason, but the Hawks still managed to make an obvious mistake on his jersey.

They spelled his name with an “O” instead of an “E”.

The Hawks did manage to turn things around quickly, not only by winning the game, but also by getting poor Martinsen a new jersey before the contest was over.

You can see how Kane won the contest for Chicago, in the video above.

The Blackhawks did not give up and recovered from a 3-2 deficit after the first period to pick up the victory. We guess we can say the same about the equipment manager, who found a correctly spelled jersey to put on Martinsen's back before the end of the contest.

"It's kind of a good feeling to be down like that and have a comeback win, especially for the first game of the season," Kane said after the game.

"It gave us a little confidence, so overall I think everyone was pretty pumped up after the game and happy to get the two points for the first game of the season."

Let's hope Martinsen's confidence was not affected by the mistake on his back...