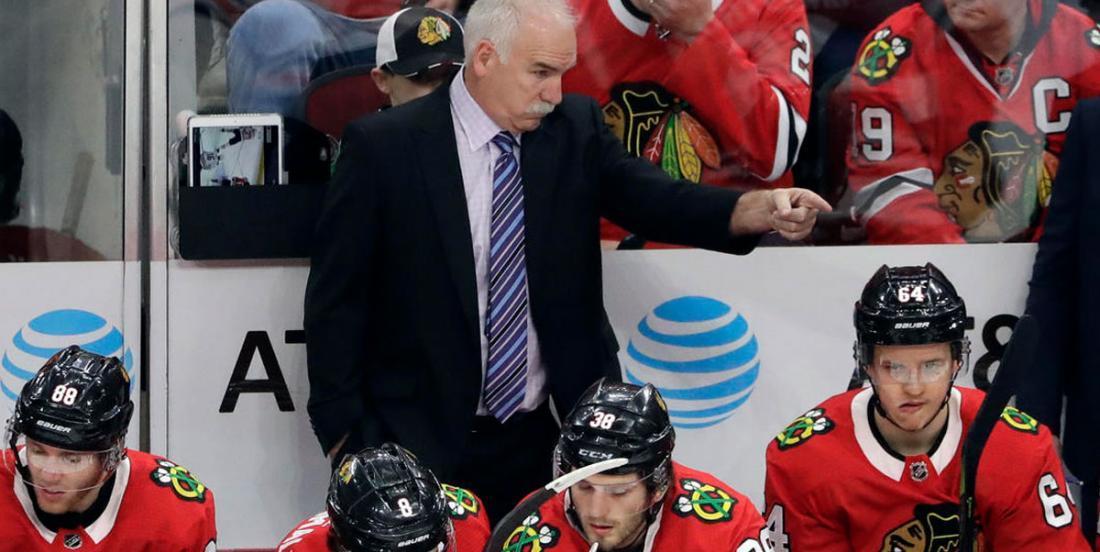 The most important question for the Chicago Blackhawks’ short-term future is what will be starting goalie Corey Crawford’s status going into the 2018-19 season… The goaltending situation in Chicago was a complete mess this past season and Crawford’s injury was one of the main reasons the Hawks missed out on the postseason for the first time in 11 seasons.

It all started when Crawford got injured at the end of December. He missed the final 47 games of the campaign with a head injury. It ended up being a season-ending injury and it was a shame since Crawford had the second-best save percentage in the NHL among No. 1 goalies at .929.

The Blackhawks kick off the season on Thursday against the Ottawa Senators, and on Tuesday, head coach Joel Quenneville made a risky prediction as he believes he knows when Crawford will return to action. Quenneville said the team could envision their star goalie returning to action around October 18 in a contest against the Arizona Coyotes. However, we have to be clear: this is all based on the hope that there will be no setbacks, and it is unlikely for Crawford to return sooner than that date.

“Optimistically, looking at the calendar and looking at dates, there’s a window of five days or four days off after that Saturday (October 13) game,” said Quenneville to NHL.com. “If all goes well, that could be the perfect scenario, but you never know if there’s a bump in the road. After this weekend, together, we’ll see how he handles that and then we’ll get a better idea on picking a date.”

It isn’t the first time the Hawks head coach has made a prediction on the return of his starting netminder as fans in Chicago kept waiting for his comeback most of the second half of last season. However, he never returned and now fans are being careful.

They surely do not want to put their hopes up, only to have them crushed again by the lingering injury.

At the start of the team’s training camp, Crawford revealed that he suffered a concussion last year and is still suffering from some lingering symptoms.

Crawford is now 33 and is signed for two more years with a cap hit of $6 million per season. Let’s hope the Hawks can trust him to get better and move forward with their No. 1 goalie to become a Cup contender once again. And let’s hope that in the meantime, Cam Ward can take over and lead the way… until Oct. 18?!