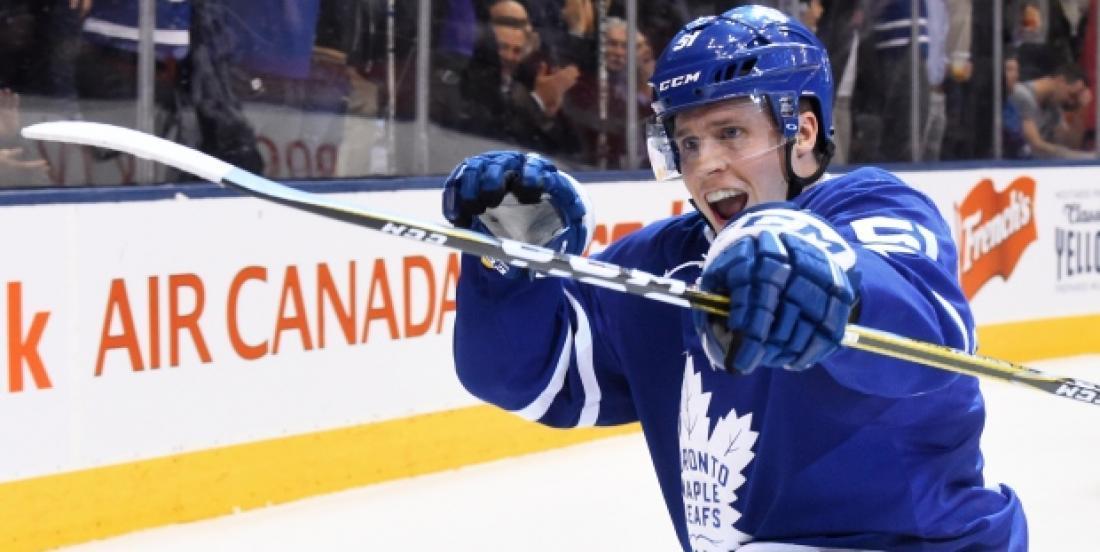 Some fans are bracing themselves to see Jake Gardiner back with the Toronto Maple Leafs next season, others are ready to throw him a goodbye party as he is set to test the free-agent market this summer.

Gardiner has spent the entirety of his 551-game career in Toronto and will be an unrestricted free agent for the first time on July 1. The Leafs’ salary cap situation makes it hard for him to remain in Toronto so chatter is getting louder about the defenseman signing elsewhere.

While last week, NHL insider Elliotte Friedman mentioned the Leafs could consider bringing Gardiner back next season, one other team appears to be closer to signing him.

Pierre McGuire revealed on Tuesday night that he would be shocked if Gardiner doesn’t sign with the Chicago Blackhawks. While he did also mentioned the Minnesota Wild as another potential landing spot, Wild insider Michael Russo of The Athletic denied it, but corroborated that the Hawks are likely to sign Gardiner.

McGuire believes Gardiner would like to go closer to home and these two teams could be successful in getting him to sign long-term.

Last season, Gardiner ranked in the top-20 among NHL defensemen with 52 points in 82 contests and followed that up with 30 points (three goals, over 62 games this year. He was injured as a pair of back injuries wound cost him 20 games.

Gardiner is looking for his last big payday in the NHL this summer, with many rumours suggesting he could command around $6 million a season - a figure that is way to big for the Maple Leafs’ cap space. However, the possibility of staying in Toronto came back on the table as a lot of rumours have come up around defenseman Nikita Zaitsev, who reportedly demanded a trade out of Toronto. There is also the possibility of moving Patrick Marleau, as it has been mentioned that a trade or even a contract buyout could take place.

So, will Gardiner play for the Leafs or the Hawks next season?