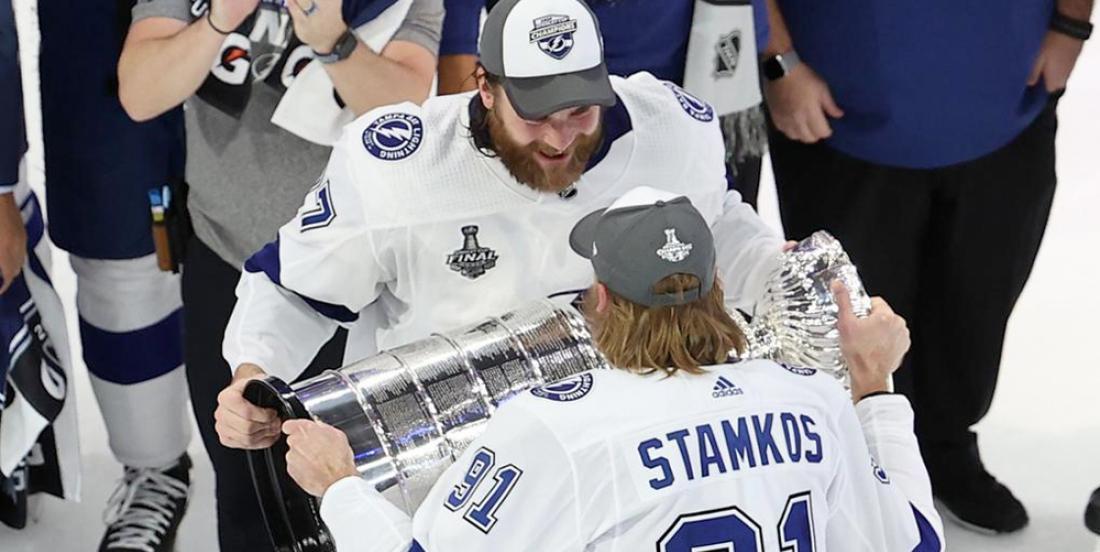 With the Tampa Bay Lightning now officially crowned champions, captain Steven Stamkos' heroics in Game 3 of the series seems even more incredible. Stamkos, of course, returned to the Lightning lineup for the first time since February, but managed to play just under 3 minutes. In that short time though, Stamkos scored an absolute BEAUTY of a goal and fired up his teammates in an series that was very closely played up until that point.

And if you don't think that this guy means that much to his team... well just look at the reaction from the bench when he scored that incredible goal:

The fact of the matter is that Stamkos is beloved by his teammates. He's a veteran, a leader and now... he's a Stanley Cup champion. But just how important to this team is he if he's not even on the ice? Well teammate Victor Hedman credits his captain for helping fire up the Lightning after a heartbreaking double OT loss to the Stars in Game 5. Hedman shared the fact that Stamkos came into the room and gave an impassioned speech that rallied the Lightning heading into Game 6.

That's what it's all about. That's what being a real leader is all about. Stamkos couldn't do anything on the ice to help his team win, so what does he do? He makes sure that his team is ready to go for the next opportunity.