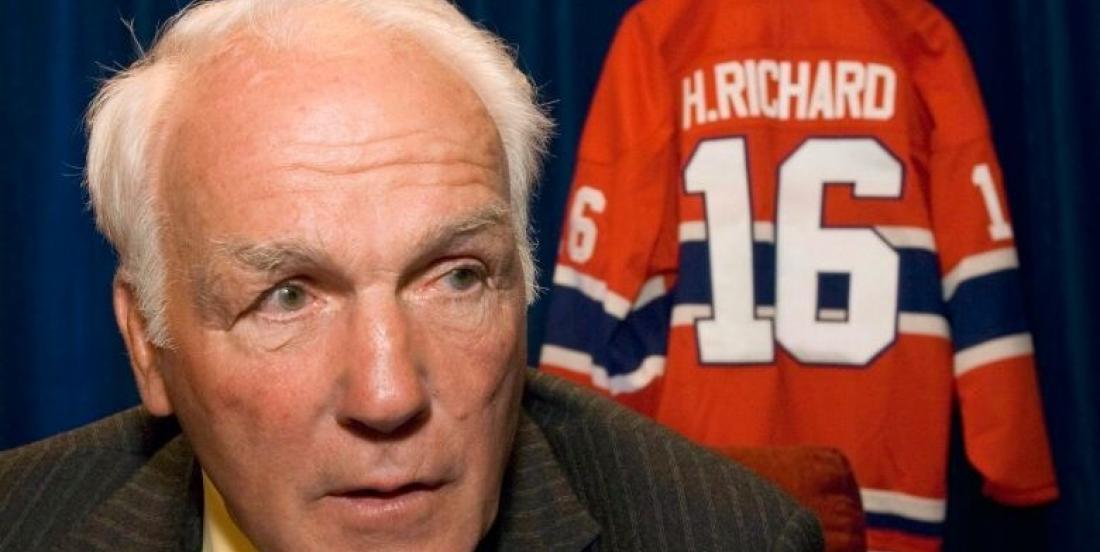 This will make your blood boil.

It is genuinely difficult to put into words just how infuriating this story truly is and now with the passing of National Hockey League legend Henri "The Pocket Rocket" Richard it has taken on an even more frustrating tone.

In a recent article published for the Montreal Gazette, writer John Meagher revealed that Henri Richard tragically died without some of the greatest treasures he had accumulated throughout his incredible hockey career, his Stanley Cup Championship rings. Richard, who of course is widely known as the most successful winner in the history of the National Hockey League with a staggering 11 Stanley Cups to his name, had just 1 of his 11 championship rings by the time he passed away and it was due entirely to the greed of some who likely never came close to achieving anything as great as what Richard accomplished during his NHL career.

According to the story burglars broke into the Richard home after the NHL legend had retired and robbed him of all of his other rings, and seemingly it was a move done in an effort to hold up Richard for ransom. Richard of course came from an era in which players made significantly less money than they do in the modern day and those rings were prized possessions, but the proud Canadian would have never even considered the possibility of paying to get his own rings back according to his own words.

"No way I was going to pay for my own bloody rings," said Richard as per the Gazette.

What makes things even worse is it sounds like Richard may have had an idea regarding who had committed the burglary but he never pursued it, likely due to a lack of evidence on his part.

"I have an idea who might have been responsible," Richard said of the robber, "but I never (pursued) it. For sure, it’s someone who knew the house."

Instead the NHL legend simply accepted the fact that he would never see his rings again due to a truly disgusting act on the part of someone that will never be able to profit from the theft. Obviously any attempt at selling Richard's rings would immediately expose the thief, and with Richard himself lost forever they are likely collecting dust somewhere.

This robbery of course took place many years ago now, but it takes on an entirely new meaning given the tragic news this week that Richard had passed away. We can only hope that someday the person responsible for this heinous act will be brought to justice, but as more and more time goes by I think it is unlikely that we will ever see justice for one of the greatest men to have ever played the game.