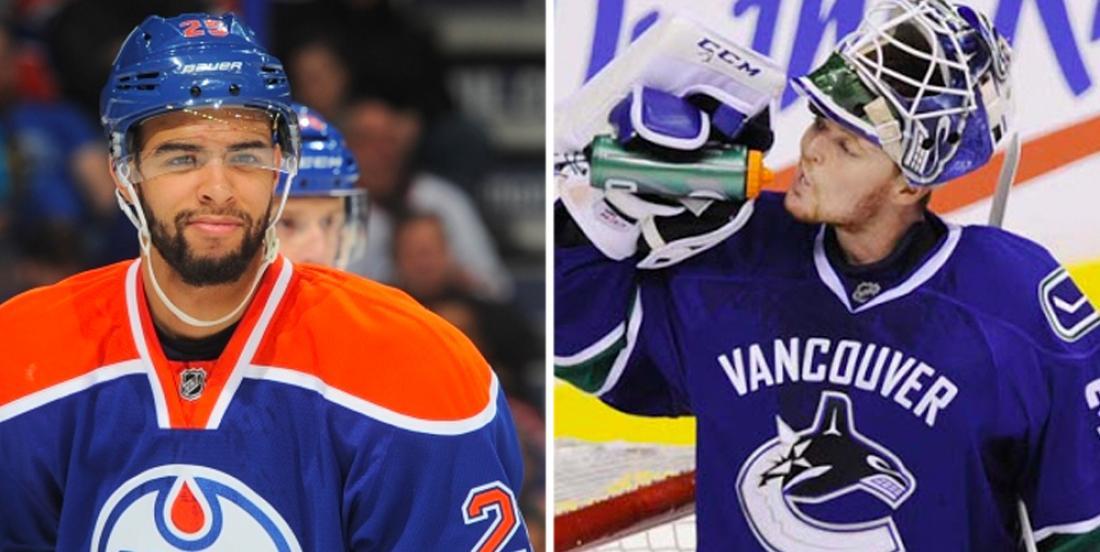 No doubt about it, Vancouver Canucks captain Bo Horvat is making a name for himself this postseason. The 25 year old center has scored some beautiful, highlight reel goals for the Canucks and has been the team's best player through their Qualifying Series against the Minnesota Wild and now their first round Stanley Cup Playoff series against the St. Louis Blues.

I mean... just look at this filth:

Because the Canucks are loaded with young talent like Quinn Hughes, Elias Pettersson and Brock Boeser, it's easy to forget about Horvat sometimes. It's remarkable to think that he's been in the league for six seasons now, yet he continues to fly under the radar. But here's the thing... if former Canucks GM Mike Gillis hadn't stuck his neck out in a HUGE way, Horvat would have never ended up on the Canucks in the first place.

In his latest column for The Athletic, NHL insider Pierre LeBrun breaks down Horvat's history with the Canucks and goes all the way back to the 2013 NHL Entry Draft in which the Canucks traded star goaltender Cory Schneider to the New Jersey Devils in exchange for the 9th overall pick and the chance to draft Horvat. The trade was made and the rest is history. But, LeBrun managed to track down Gillis himself to talk about the blockbuster trade and Gillis spilled the beans that a larger trade with the Edmonton Oilers was actually in place before switching gears and consummating a deal with the Devils. The problem is that the Oilers would have to give up their 7th overall pick, a pick that they used to select defenseman Darnell Nurse. It was simply too much for then GM Kevin Lowe to consider.

Check out some of these quotes from Gillis:

“Leading up to the draft, there were two teams that were very interested (in Scheider), Edmonton and New Jersey,” Gillis said. “We made an offer to Edmonton that if they gave up their first pick (seventh overall), their second pick and a prospect defenceman, that we would trade Cory to them. They didn’t respond. Prior to the draft, we had a deal on the table with Lou that was predicated basically on Bo Horvat being there. We were going to take Bo with the seventh pick if we had that pick (from Edmonton).’’

“Bo was our target from the inception,” said Gillis. “We knew we wouldn’t be able to move up higher than seventh at the most. And we thought that he would be in that 7-9 category going into the draft and if we had a chance to get him, that we were going to trade Cory.’’

“Cory Schneider is just a great guy, he’s a fantastic guy,” said Gillis. “Certainly not someone you want to lose off your team, but we had to take the team in a different direction and this was the beginning of it.’’

“I remember the outrage after the trade,’’ said Gillis. “The reaction was not positive from many people, including the mainstream media. But you have to be pragmatic, you have to do what’s right for your team. Maybe it wasn’t understood at the time, but I think people understand it today.’’