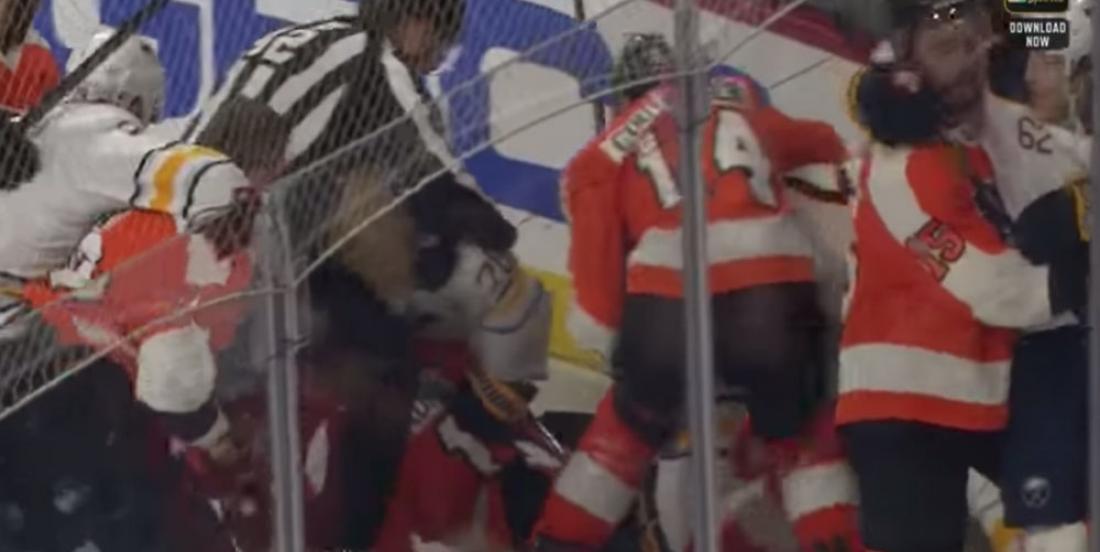 Huge brawl ensues with 1st overall pick Dahlin in the middle of it!

The Buffalo Sabres got a beating in Philadelphia last night when the Flyers routed them 6-1. The Sabres were left without captain Jack Eichel, who was a late scratch with an upper body injury, and came close to losing another key part of their lineup when a brawl ensued in the second period.

First overall pick from 2018 Rasmus Dahlin decided to mess with the young guy when he tripped forward Travis Konecny in front of the net. Not only did Konecny get up to take care of the defenseman, but his captain Claude Giroux also jumped in as both Flyers slashed Dahlin.

The young blue liner tried to defend himself and it did not take long in Philly for everyone to get involved and get swinging.

As Dahlin tried to get away from the brawl, Konecny fought him again and got him in the middle of the fight. The officials finally broke it up and sent both Dahlin and Konecny to the penalty box.

There could have been more casualties sent to the sin bin, but hey, this is Philly - we knew a fight would take place!

The Sabres can’t really afford to lose Dahlin again, he who suffered a concussion earlier this season and could have gotten one more in this brawl!