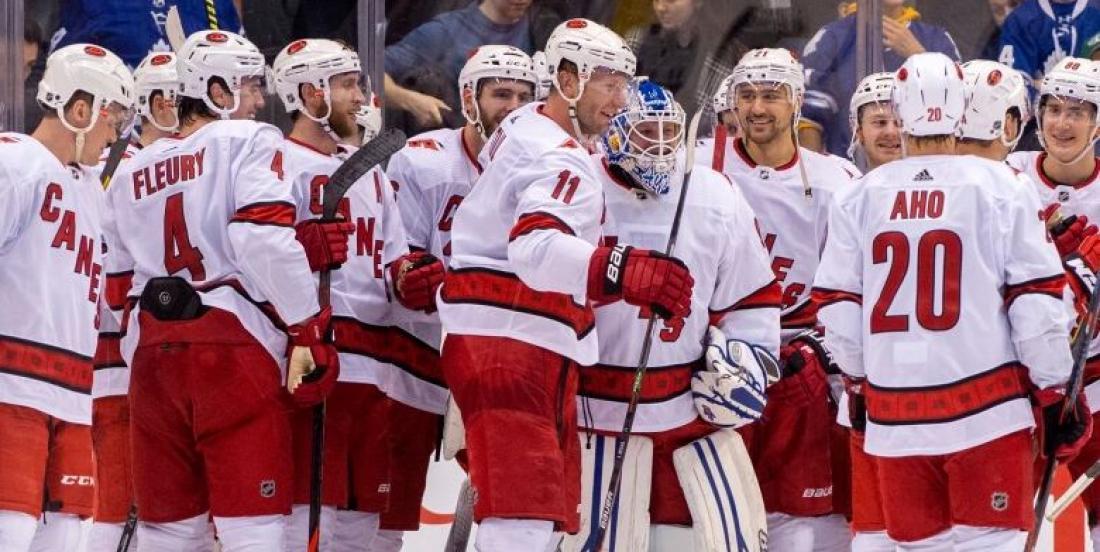 The Canes want to cheer everyone up during the pause and this sure worked!

To keep their fans’ spirits up as we enter a full week without any NHL action, the Carolina Hurricanes decided on Wednesday to give kindness to others and started a tread in which they gave a compliment to every 30 single rival team in the league.

While most of their lines are very kind to opposing teams, the Canes couldn’t help but make fun of the Toronto Maple Leafs one more time. They sent out to the Leafs:

“Your arena staff really find ways to go above and beyond.”

The Canes are of course referring to David Ayres. The 42-year-old,who used to drive the Zamboni for the AHL’s Toronto Marlies, was forced to be Carolina’s emergency goalie for its road game last month against the Leafs and as you know, stopped eight-of-10 shots he faced in his NHL debut, helping the Hurricanes capture a 6-3 victory.

The Hurricanes made great comments to the rest of the teams, notably sending love to Philadelphia Flyers’ Oskar Lindblom, who’s fighting cancer and asking the St. Louis Blues to play Gloria, but had to poke fun at the Maple Leafs.

You can follow the tread and see what they had to say to everyone, but the one sent out to the Maple Leafs remains one of the funniest of the day!