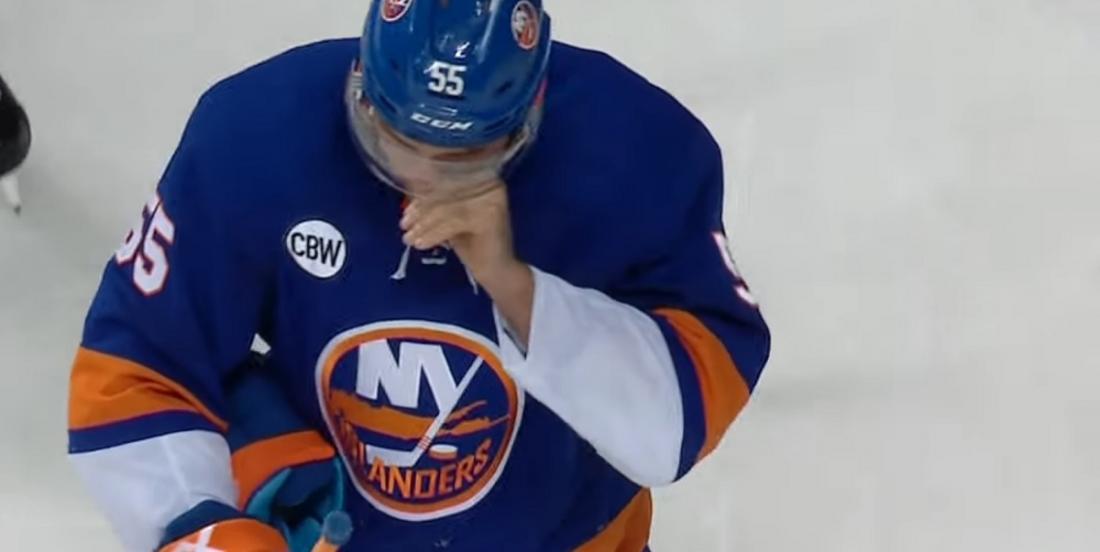 A sad end to a solid career.

We are in the midst of something of a hockey drought right now, in spite of the fact that we are about to enter the month of December, and for that reason many fans of the National Hockey League aren't keeping up with the day to day minutia of what is going on within the league. Given that one of the big topics as of late has been a financial dispute between the league's owners and players, at a time when many are struggling just to get by, I can hardly blame them for tuning out of what has become a rather boring and all too familiar dispute.

If you're among those fans however you may have missed out on a pretty big story this week, the sudden and rather surprising retirement of veteran NHL defenseman Johnny Boychuk. Although for reasons relating to the collective bargaining agreement Boychuk has not officially retired, it was announced by the New York Islanders this week that his career was in fact over and that he would be stepping away from the game due to injury concerns. It marked the end of a very solid career and although Boychuk has a lot to be proud of I can't help but feel like this is an unfortunate way for a competitor like Boychuk to have to hang up his skates.

Boychuk, according to the Islanders, was forced to retire after several medical consultations related to an eye injury he suffered in March of this year during a game against the Montreal Canadiens. It was a pretty tough thing to watch in real time as it was the skate of Canadiens forward Artturi Lehkonen that came up and caught Boychuk in the eye, this as Lehkonen was falling awkwardly to the ice.

As you will see in the video of the incident below, Boychuk knew immediately that something was very wrong and that could be due in large part to the fact that this was the second serious injury he suffered to the same eye.

In spite of having his career cut short due to injury the former 2nd round pick (61st overall) of the Colorado Avalanche at the 2002 NHL Entry Draft will retire with 725 NHL games under his belt. Although he began his career with the Avalanche it was as a member of the Boston Bruins, a team he would feature on for several seasons, that Boychuk established himself as an NHL commodity. It was also as a member of the Bruins that he achieved what will arguably his career highlight, a Stanley Cup championship in 2011. The last several seasons of his career was a member of the Islanders and he ends that career with 54 goals and 152 assists for 206 career points.

Being placed on long term injured reserve will also allow him to earn all the remaining money on his deal, so we take some comfort in the fact that Boychuk is going to be just fine moving forward. We would like to wish Johnny all the best on his future endeavors, and perhaps there is a future for him in another part of our beautiful game.