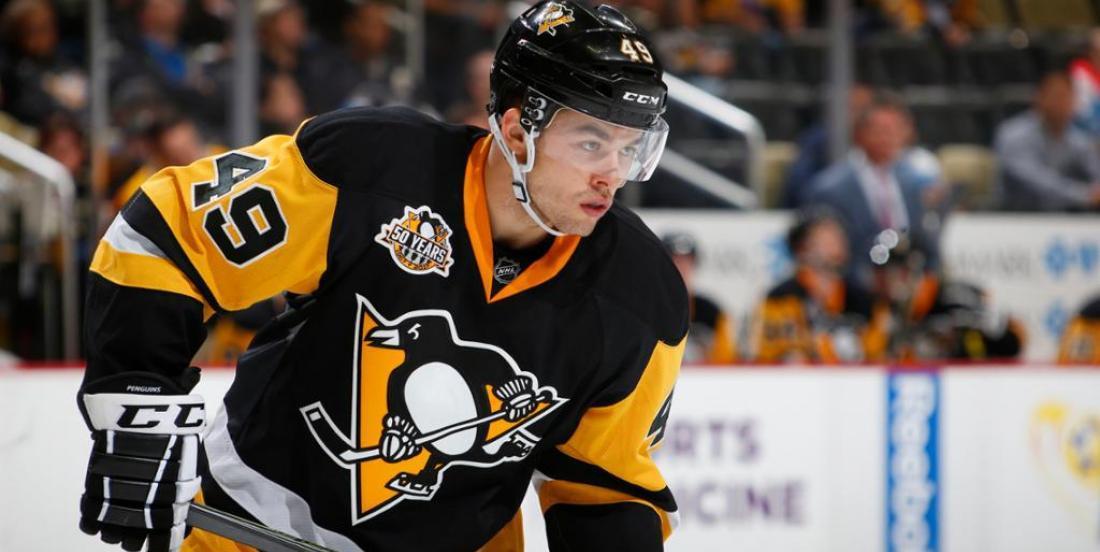 In spite of the fact that the 2019 - 2020 National Hockey League season has come to a grinding halt, it was announced this week that Pittsburgh Penguins forward Dominik Simon would be out long term.

Simon suffered a serious injury when the Penguins faced off against the San Jose Sharks back in February of this year but was attempting to rehab the injury without surgery to either avoid the procedure altogether or to delay it long enough to finish the season. Unfortunately the risk of aggravating that injury became too great and Simon finally went under the knife months later on the 29th of April. Unfortunately for the Penguins forward the procedure is one with a significant recovery time and now Simon is expected to miss six to seven months recovering from this injury.

It is bad news for a player that was having a down year just prior to becoming a restricted free agent. Simon Simon had just 7 goals and 15 assists for 22 points in 64 games and was a plus minus of -9 on the season, this in spite of having the benefit of playing significant minutes with Penguins captain Sidney Crosby. Things were so bad in fact that Penguins insider Josh Yohe suggested Simon may have lost his spot in the lineup had the Penguins been healthy, and even went so far to suggest that it now remains to be seen if Simon may have already played his final game with the Penguins.

In fact, it was starting to look likely that Simon would not have been in the lineup if the Penguins were healthy. The Penguins — assuming the season resumes, which is hardly a given — are leaning toward reuniting the “Sid and the Kids” line of Crosby, [Conor] Sheary and Jake Guentzel.

Of course it is far too early to tell given that no one really knows what will be coming next for the NHL, however given that the Penguins will already have some tough decisions to make next season it seems likely that Simon could become a salary cap casualty. Both goaltenders Matt Murray and Tristan Jarry will be a priority as restricted free agents so it remains to be seen if the Penguins will continue to be a fit for Simon.