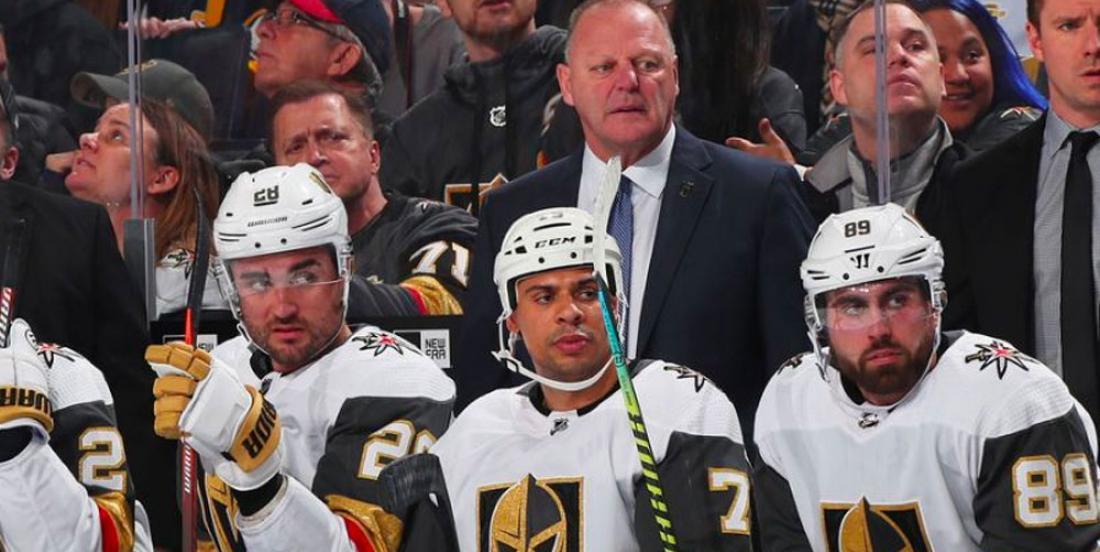 Huge changes in Sin City! Who saw this coming!?

In case you missed the news earlier today, the Vegas Golden Knights announced, somewhat out of the blue, that they’ve fired head coach Gerard Gallant and assistant coach Mike Kelly.

Suffice it to say, this news sent shockwaves through the entire NHL.

Not only is Gallant one of the most respected and well-liked coaches in the entire NHL, the Golden Knights are just three points back of the Pacific Division lead. There’s no denying the fact that the team can be better, but… this isn’t a team in peril like other teams who have made coaching changes this season. DeBoer’s firing in San Jose made perfect sense. Ditto for Peter Laviolette with the Nashville Predators and Mike Babcock with the Toronto Maple Leafs. But… Gallant? Odd.

In any case, Vegas GM Kelly McCrimmon met with media immediately following the news and even issued a statement through the team’s website.

The Vegas Golden Knights announced Wednesday that Gerard Gallant and Mike Kelly were relieved of their coaching duties. The announcement, which came from Ottawa where the Golden Knights are set to face the Ottawa Senators on Thursday, was coupled with the news that Peter DeBoer will take over as head coach of the team.

General Manager Kelly McCrimmon spoke to the media about the move and what went into the first coaching change in franchise history.

"As a manager, sometimes you have a feeling that something isn't the way you need it to be," McCrimmon said. "We feel we've underperformed a little bit, and certainly that's not at the feet of Mike and Gerard, but sometimes you feel a change is needed."

DeBoer, who most recently coached the San Jose Sharks, will step in to join the team Thursday in Ottawa. In his first season coaching the Sharks, he led them to the Stanley Cup Final where the team lost to the Pittsburgh Penguins in six games. Bringing a new team to the Final wasn't an unfamiliar feat for DeBoer who brought the 2011-12 New Jersey Devils to the championship series in his first year at the team's helm.

McCrimmon said that experience, coupled with the respect DeBoer earns from his players, were factors in bringing him to Vegas.

"I think Peter is a really good coach," said McCrimmon. "He's had a lot of success in the National Hockey League. With him working most recently in the Pacific Division, we've had a chance to watch his teams play and his teams are always well-prepared and well-coached. We expect that he'll do a really good job for us."

In 213 games behind the Golden Knights bench, Gallant and Kelly steered the team to a 118-75-20 record and an appearance in the 2018 Stanley Cup Final.

"We would like to thank both Gerard and Mike for their contributions during their time here," McCrimmon said. "Together, we shared some really special moments over the course of their time as coaches."

With a mark of 24-19-6 in 49 games in 2019-20, the Golden Knights rank fifth in the Pacific Division with 54 points as of Wednesday morning. McCrimmon is hopeful Wednesday's move will help the team return to the top of the division.

"We had really high hopes for this year and we still have really high hopes," McCrimmon said. "We're in a unique position where we're right in the mix. This isn't a case where the bottom fell out and we were left without a choice, it's more of a situation where it was our belief that this was the best thing to do for the organization."