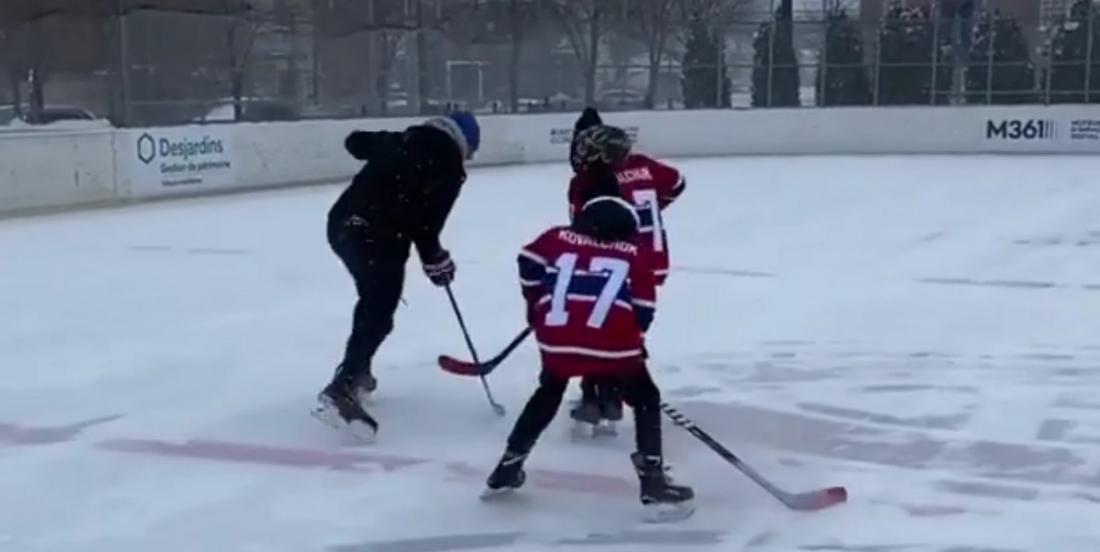 Russian superstar Ilya Kovalchuk appears to be genuinely enjoying his time in Montreal and one has to wonder if his comfort level in the city has not helped his sudden revitalization on the ice.

Kovalchuk frankly looked washed up during his tenure with the Kings this season. The Russian forward appeared in just 17 games, often times being made a healthy scratch, and struggled to produce with 3 goals and 6 assists for 9 points and a plus minus rating of -10 on the season prior to being released from his contract. Since his decision to join the Habs however Kovalchuk has looked like a changed man. The Russian star has appeared in 15 games and has seen a spike in production with 6 goals and 6 assists for a combined 12 points, including last night's overtime winner against the Toronto Maple Leafs.

Things have been going very well for Kovalchuk as a member of the Canadiens and this week he once again showed off how well he has adapted to the city of Montreal when he shared a video on social media. Kovalchuk was at an outdoor rink with his two young sons and he was playing keep away with the puck as both of them desperately tried to wrest control of the puck away from him. In spite of being the sons of a hockey star however it was clear that Kovalchuk's sons were outmatched in this one, no shame considering their father is one of the greatest athletes his country has ever produced.

All in all it made for a rather enjoyable watch and was even a little funny when Kovalchuk reacted like he had just won a playoff game after managing to keep the puck away from his kids for several seconds.