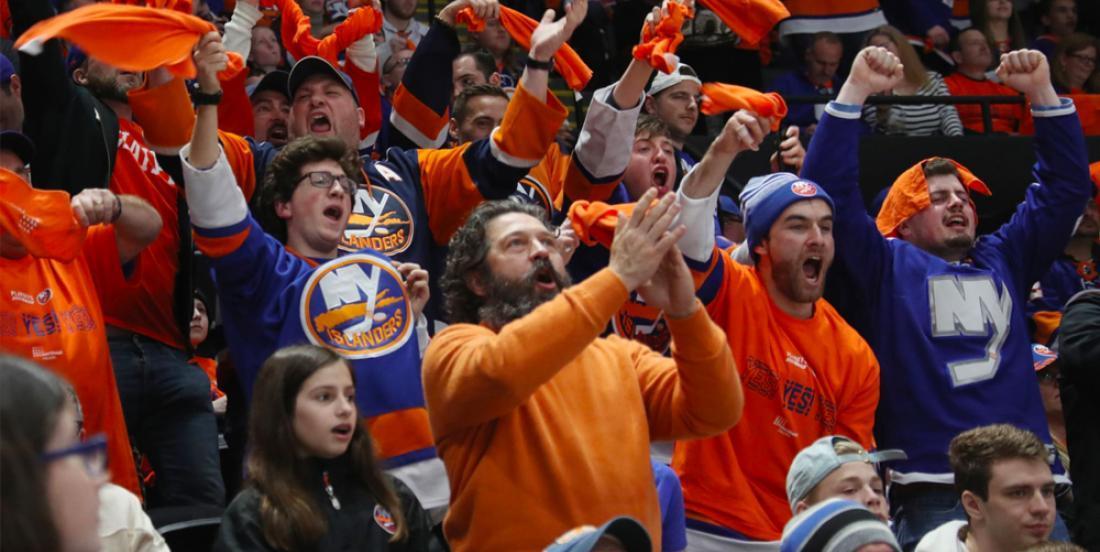 Imagine being John Tavares and seeing this out your bedroom window.

New York Islanders fan Matthew Kammerer is what one might call a "super fan".

The longtime fan from East Meadown, NY is serious about his support for his team, but with the Islanders currently in Toronto's "bubble", Kammerer had to get creative in his fandom. So, what'd he do? He raised over $4,000 to pay for a plan to fly over the Toronto bubble with a banner reading: "Let's Go Islanders."

“It just came to me that I wish there was a way to show support to these guys outside of (social media),” Kammerer explained to blog NYI Hockey Now. “I said, I wonder if I can do something physical where instead of looking down at their phones on the way back from morning skate. Instead, they look up in the sky and they see something that really pumps them up."

That's when other Isles fans picked up on the plan.

“Then basically it just took off.”

Kammerer's GoFund me page has raised over $4,500 and the plan is going forward.

“I’m overwhelmed by the response,” Kammerer said. “The Islander fan is a special breed. On the Go Fund Me page, I had had a William Shakespeare quote. … ‘Though he is but small, he is mighty.’ That always reminds me of the Islanders fan base. I like to say we have the highest passion per capita in the National Hockey League. It might not be one of the largest fan bases in the world, but it’s one of the fiercest.”

And here's the thing, it's having the intended effect. Isles defenseman Ryan Pulock is a big fan of the plan, as is head coach Barry Trotz.

“That’s awesome,” Pulock said when he learned about the plan. “We’ve seen (the support) on social media and stuff. You see videos that people are posting whether it be in their living room cheering or whatnot. We have a pretty special fan base and they let you hear it when we’re doing well. It’s pretty special to have their support and it’s awesome to see everything online.”

“I know our fans on Long Island have been fantastic sending us a lot of social media stuff,” Trotz said about the support. “We can really get behind that. Our players are looking at that, so just want to thank them for that.”

Despite flying an Islanders flag in the land of John Tavares, Kammerer insists this isn't about sour grapes or anything nefarious. “The core of this is positivity,” he said. “Supporting the team. Having an outlet for the support that we would normally give that we’re not able to give. It’s something physical that the players can see and maybe get a little juice out of.”