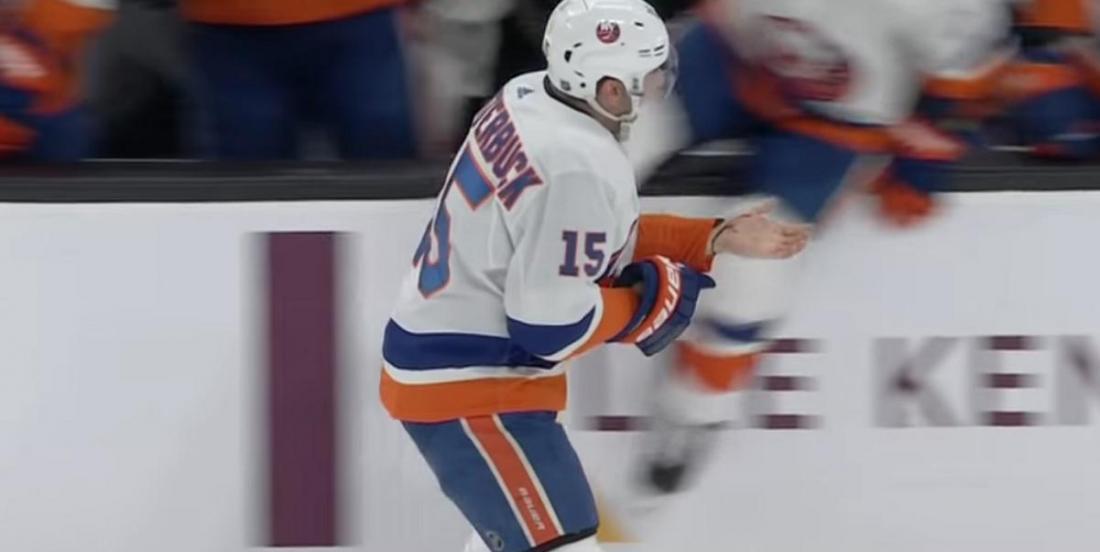 Clutterbuck will be out for a while.

The New York Islanders have just confirmed a big hit to their roster and by the sound of things this might be one that hurts them for much of the foreseeable future.

According to an official announcement from the Islanders on Saturday, veteran forward Cal Clutterbuck has been sidelined indefinitely as a result of the injury he suffered to his wrist earlier this week. Clutterbuck of course made headlines this week when he was cut on the wrist by the skate of his opponent, in this case Boston Bruins forward Patrice Bergeron, in what was something of a freak accident on the ice. The Bruins and the Islanders faced one another on Thursday this week and although the Islanders were able to pick up a big win, eventually beating the Bruins by a score of 3 - 2 in the shootout, the big talking point coming out of that game has been the injury to clutterbuck.

Clutterbuck was injured in the final 5 minutes of the game when a collision with the aforementioned Patrice Bergeron suddenly turned much more dangerous than expected. Both men appeared to be anticipating the contact when they went shoulder to shoulder in front of the Boston Bruins bench and it seemed like nothing more than a routine bump between the two men, however it would be anything but. The hit was very tame but in spite of that it was enough to send Bergeron tumbling forward off balance, eventually causing him to fall flat on his stomach on the ice. It was during that fall that Bergeron's skate somehow managed to sneak under the protecting provided by Clutterbuck's equipment and slash the Islanders forward across the wrist, leaving him with a pretty healthy looking gash where his flesh should have been.

There was no malice on the part of Bergeron and it is clear that this was nothing more than a very unfortunate fluke, but for Clutterbuck it must have been a harrowing moment. The Islanders forward immediately rushed off the ice and to the locker room following the injury, and hopefully his quick thinking and quick action will lead to him making a full recovery.