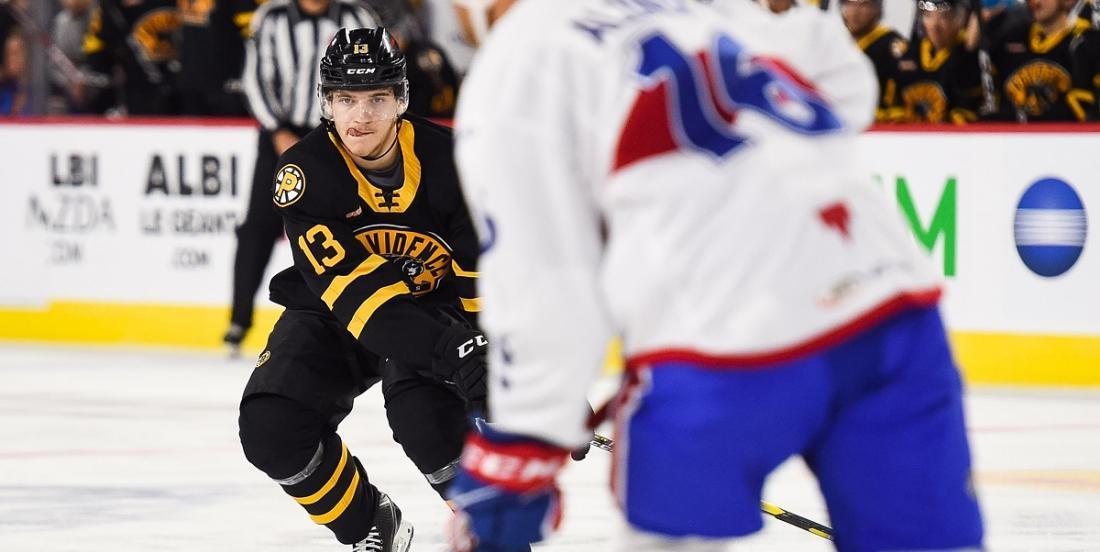 There has been a very scary moment in the American Hockey League this evening.

No one seems to be sure exactly what has happened at this time but what we do know is that Boston Bruins prospect Jakub Lauko has collapsed onto the ice and was unable to get up under his own power. The reason there is so much confusion about what has happened to Lauko is that his reaction to the play appears to have been significantly delayed or even detached from what happened around him.

Thus far we have only been able to obtain a single replay of the events that transpired, however from that replay we can see that Lauko was involved in a collision prior to going down. Unfortunately that only adds to the confusion as Lauko seems to be the man who gets the better of the contact and in fact never left his feet as a result of the collision itself, while his opponent on the other hand fell to the ice hard as a result of the blow. It was only a few seconds before Lauko would follow him down though, and his fall appeared to be considerably more worrisome than that of his opponent.

Lauko seemed to just completely lose control of his body a few seconds after the play, as if his body had just shut down or something, and he fell limply to the ice and did not move from that position. The play continued to carry on around him for a few seconds before the officials on the ice finally noticed that there was something very wrong here, especially given that he was so close to the safety of his own bench and entirely unable to get there.

After being looked at briefly by the training staff on hand there was a very quick call for a stretcher to come out onto the ice and carry Lauko away, and that is exactly how he would leave the building. We still are very concerned about the health and safety of Lauko at this time, especially given that we still have no idea what happened, but the good news is that he did give a thumbs up before leaving the ice tonight.