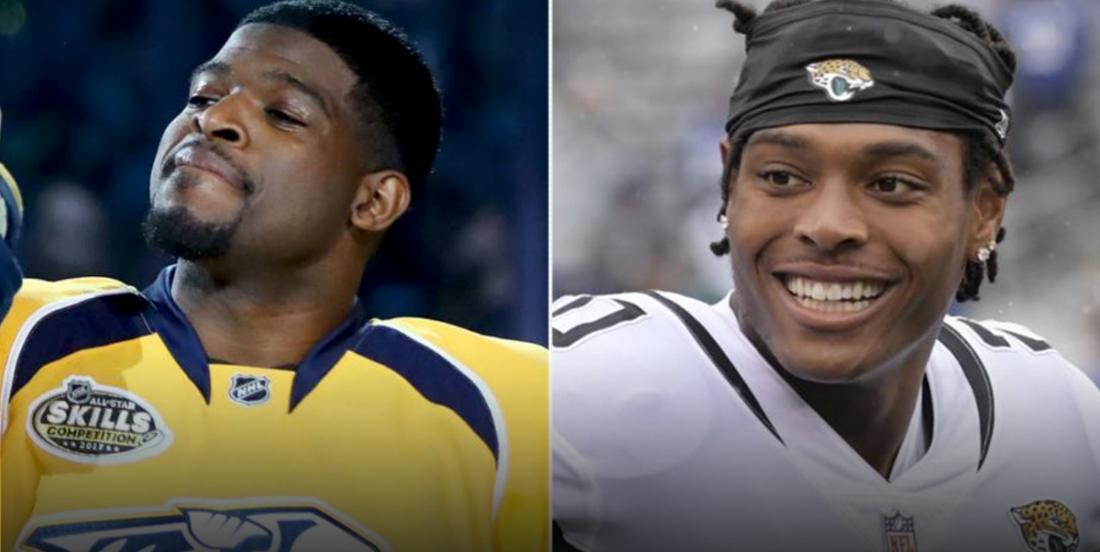 It might take more than 6 months to crack the NHL, but the NFL star is finally lacing up the skates!

In case you missed the news from earlier this month, Jacksonville Jaguars cornerback and all pro trash talker Jalen Ramsey claimed that after six months of intense training he could “probably crack the NHL.” Keep in mind that Ramsey also admitted that he doesn’t know how to skate...

For real? Unfortunately, yes. Check out these comments:

Jaxsonville Jaguar soundbiter Jalen Ramsey told ESPN Magazine’s Mina Kimes that he could make the NHL after training for 6-months.

“He’s never tried skating,” Kimes writes, “but if he trained for six months, he says, he could probably crack the NHL.”

Let that one sink in for a minute…

He’s never tried skating… but he thinks he can play in the NHL. Keep dreaming, buddy!

If nothing else, Ramsey’s ridiculous comments have only proved that hockey doesn’t get the respect it deserves amongst casual fans. And if you think NHLers weren’t listening to Ramsey… think again. ESPN’s Emily Kaplan managed to track down a few prominent NHL stars to get their thoughts on Ramsey’s statement.

Jack Eichel - Buffalo Sabres
“I think it’s insulting to our league. For us as players, we’ve dedicated our lives to be playing in the NHL. To think after six months you could come play arguably one of the hardest sports in the world? I mean, I think it’s ridiculous he would say that. It’s ignorant.”

Vladimir Tarasenko - St. Louis Blues
“I can bet any money in the world and there’s no chance he can play in the NHL in six months. It’s impossible. Him saying that … it de-classes our sport.”

Evander Kane - San Jose Sharks
“I think I’d be about 1,000 percent times better at his position in six months than he’ll be at mine.”

Well, credit to him because Ramsey has finally responded. Check out this late tweet from Ramsey’s earlier today

Yes! Put your money where your mouth is, Jalen! We’re stoked to see what becomes of this partnership with the NHL and Subban. If nothing else, it should help open up the casual sports fan’s eyes as to just how difficult the sport of hockey and playing in the NHL really is. After all, there are incredibly gifted athletes who never even get a sniff at the NHL, despite being world class athletes. The sport is just that tough.