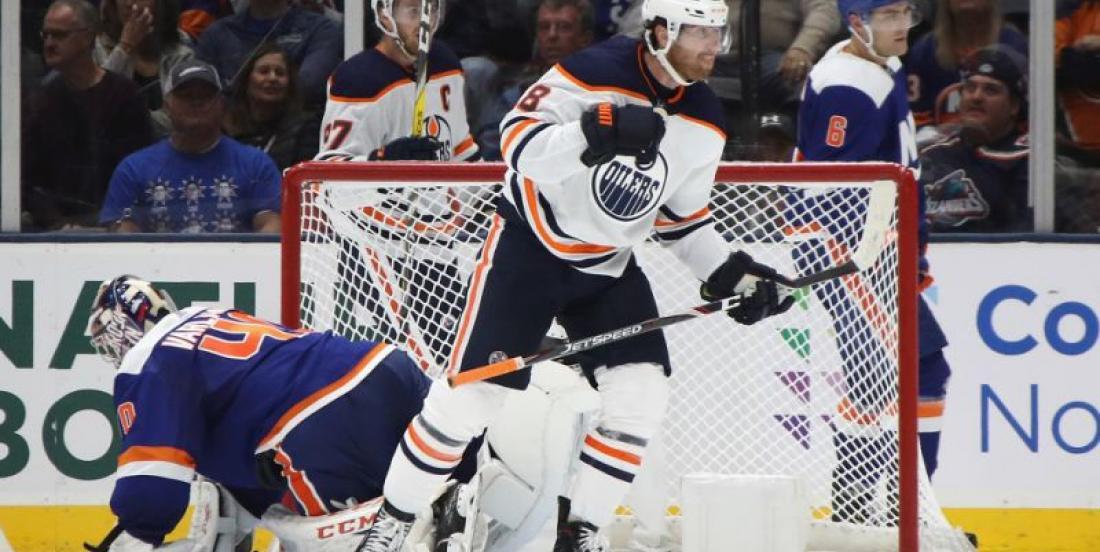 James Neal surprised many on Tuesday night, tallying four goals in a 5-2 victory over the New York Islanders, making him the best scorer in the league at the moment with six goals.

That’s one less than what he managed to put up with the Flames last season.

Fans in Calgary might be mad to see that Neal is now performing well in Edmonton after he had a mediocre season with the Flames which led to the veteran forward getting traded for Milan Lucic this summer.

However, Calgary hockey commentator Eric Francis of Sportsnet made an interesting point, defending the trade that sent Neal out to Edmonton.

“If you’re a Flames fan and you’re at home, you’ve probably received several texts today from Oilers fans, saying, ‘Ah ha, we win the fight. We won the trade. Four goals for James Neal.’ James Neal was never going to do that here in Calgary. Disengaged. Too slow. Not playing Top 6 minutes. Let’s talk about Lucic. Lucic now leading in his own category which is penalty minutes in the National Hockey League. And this is an element the Calgary Flames dearly were looking for. Look at that hit. He absorbs that and everyone in the building knew what was happening next. It turned this game around. There are several things that turned it around. But this is a big, big part of it. Again, Lucic and Tkachuk working in tandem.”

And we guessed fans shouldn’t be that surprised: Neal is the same 10-time 20-goal scorer he has always been, which includes that 2012-13 lockout-shortened season. He just had an off year in Calgary, which led to the trade.

Neal has been given an opportunity to succeed in Edmonton and he is sure making the most of it for now.