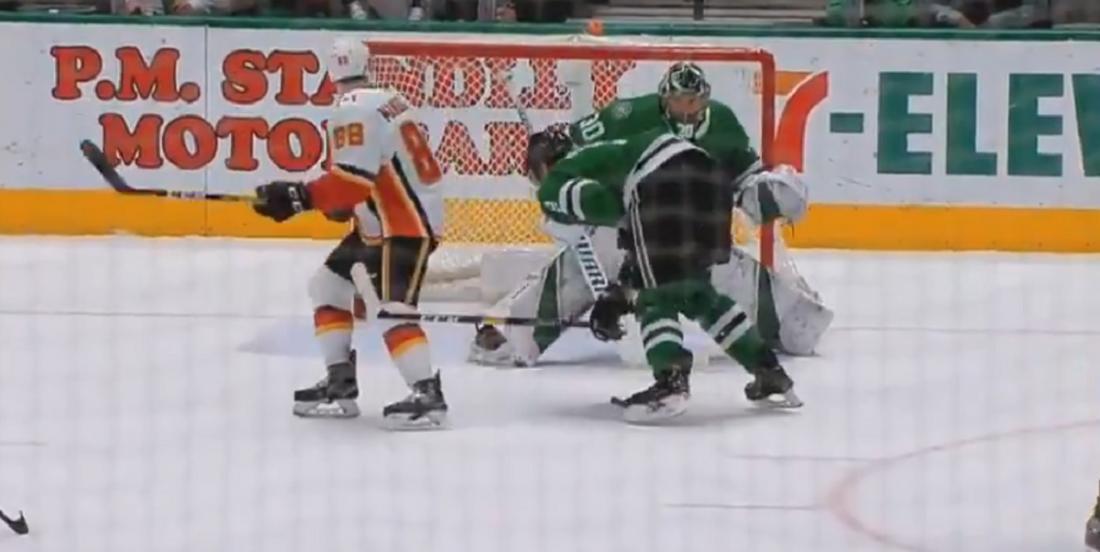 Every man watching in the arena and tuning in from around the world on their televisions winced in pain upon seeing this one.

On Sunday night the Dallas Stars took on the Calgary Flames and unfortunately it quickly turned into a rather painful night for Dallas Stars defenseman Jamie Oleksiak. The Stars hung in just fine in the game's first period, with the two teams eventually retiring to their respective locker rooms for the first intermission all tied up at 1 - 1, however for the Dallas Stars big man it was a rather painful first period thanks in large part to Calgary Flames defenseman Travis Hamonic.

Hamonic fired off a stiff wrist shot in an attempt to find the back of the net but instead he found the bullseye on Oleksiak's protective cup. The blow to the nether region immediately felled the big Canadian defenseman like a tree and he went crashing down to the ice after initially doubling over in pain and grabbing at his groin area as if to ward off the pain. The fact that Oleksiak is a giant at 6'7 only added to the hilarity of the scene, although to be clear here although it was funny you could not help but feel sorry for Oleksiak.

Thankfully for Oleksiak this was not a rocket from the blue line or anything like that, but Hamonic did look like he got all of it on this one and you can see for yourself in the video below.