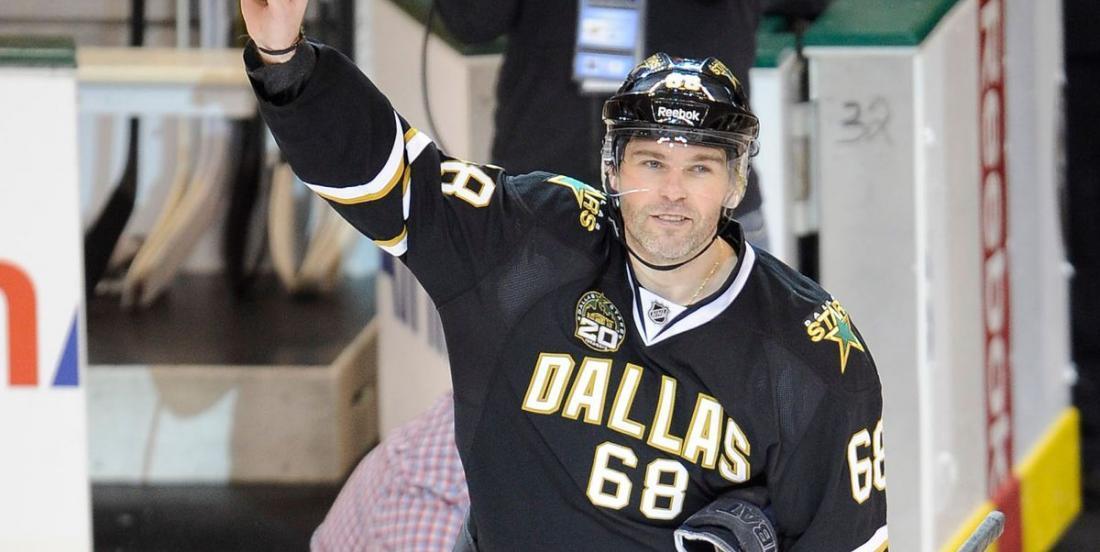 We miss seeing Jaromir Jagr on the ice of the National Hockey League even if we got the chance to see play for so many seasons. Jagr’s career spanned from his rookie season back in 1990-91 until 2017-18, with a few years overseas in between, and the 48-year-old is still playing in his hometown of Kladno in the Czech Republic.

The man cannot be stopped and it appears that one of his craziest streak won’t be either. According to a reddit user u/ridingmissdaisy, Jagr is keeping a long streak alive : there have been 40 straight years of former Jagr teammates in the Stanley Cup final. What’s even more crazy about it is that 39 out of those 40 years, a former Jagr teammate hoisted the Stanley Cup.

We are thankful this user compiled the list of names, one from each Stanley Cup winning team since 1980 with the exception of 1986. Each name on the list played at some point with Jagr despite the number of games. In 1986, his former teammate Joe Muller was on the losing team.

The streak remains alive ever since the Dallas Stars clinched the first spot in the Stanley Cup final, beating the Vegas Golden Knights on Monday night. Former Jagr teammates Tyler Seguin, Jamie Benn, and Anton Khudobin are keeping his streak alive, though he would have had it anyway if Vegas had advance seeing that Jonathan Marchessault also played with Jagr in Florida.

As for what’s happening in the Eastern Conference, the streak would have too remained alive whether the New York Islanders or Tampa Bay Lightning move on. Andy Greene is a former Jagr teammate and now plays for the Isles, while Braydon Coburn of the Bolts was also on the same club as Jagr.

So it does not matter this time around: Jagr’s crazy Cup winning former teammates streak is alive and well. We love any occasion to talk about Jagr and it’s great to see he remains included in the current action of the NHL.