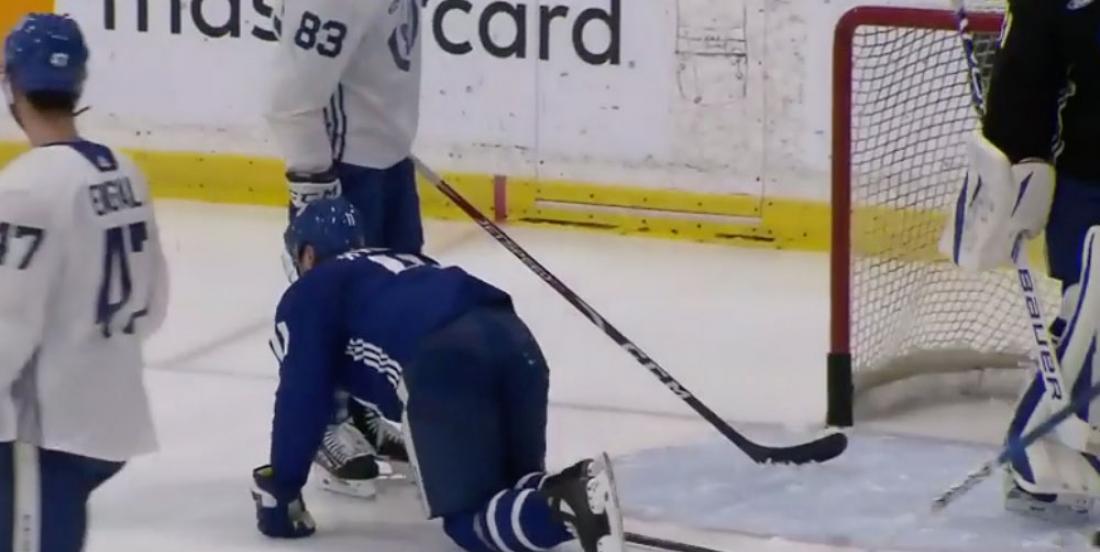 The Leafs need to move forward and get ready for the qualifying round.

Toronto Maple Leafs forward Zach Hyman returned to practice on Tuesday after a brief absence from on-ice activities with the club. While he had skated over the weekend, but was deemed “unfit” to practice with the team.

Fans started to freak out over his status in Toronto, however, seeing back on  the ice on Tuesday got them asking more question : what the heck happened for him to miss precious time at training camp.

Facing media members after the skate, Hyman revealed that the shot he blocked from Jason Spezza during practice on Friday was the reason for his recent absence from the Leafs’ on-ice action over the weekend.

Head coach Sheldon Keefe was asked about his level of concern regarding Hyman’s status after his forward missed action.

“I would say low at this point. You never quite know. We’re going to see how this is … I’m not too concerned.”

Hyman had been skating with William Nylander and Auston Matthews prior to the injury, but  his return to practice saw him reunite with Matthews and Mitch Marner.

Spezza is a well-loved teammate on the Leafs’ roster and we know his leadership will only help the rest of the dressing room when it comes to facing the Columbus Blue Jackets in a best of five series over the qualifying round.

As you know, Hyman could have gotten hurt by anyone out there and it was easy to see that Spezza felt awful about the move and wanted his teammate to return quickly.

And, thankfully for the Maple Leafs and their fanbase, he has!