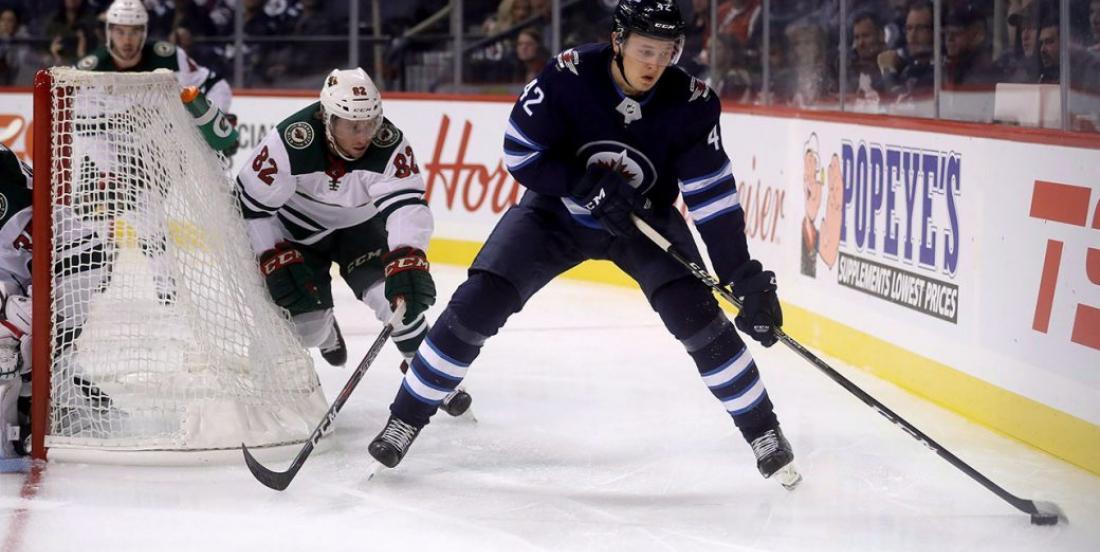 No one expected this to take place this morning, however, a breaking news report has revealed that Winnipeg Jets young prospect Kristian Vesalainen has made the decision to leave the test and head back to Europe.

It all happened quite fast this morning as KHL insiders Aivis Kalnins and Igor Erenko reported that SKA St.Petersburgh traded rights of the Vesalainen to Jokerit Helsinki in exchange for money compensation. It was then confirmed that the 19-year-old prospect would head back to Europe this week despite playing quite well for the Jets' affiliate club, the Manitoba Moose, this season.

Vesalainen started the season with the Jets, recording just one assist in the club’s first five games of the new season. He was assigned to the Moose on Oct. 19, and has since tallied three goals and five assists in eight contests with the farm team.

The winger is currently in the first year of his entry-level contract and reportedly has an out clause in his contract for this season only. It sure seems like he will be using it to go on and join Jokerit this week.

Vesalainen was the Jets’ 24th overall selection in the 2017 NHL Draft.

He started last year with HPK in the SM-Liiga before being loaned to Kärpät for their post-season push. He scored 43 points in 49 regular season games, and added another eight in 18 playoff games, helping Kärpät in having the best record in the league at the end of the season, and winning the championship at the end of the playoffs.

Many pundits expected him to follow a great development curb, and eventually become a top-6 NHL forward in the near future.

However, this news changes everything...