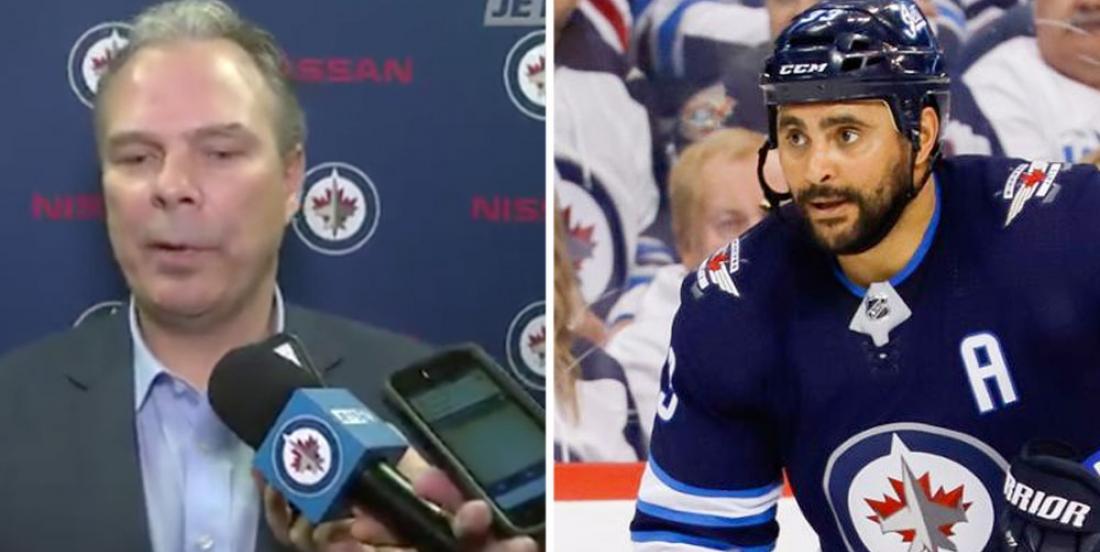 Just moments ago Jets GM Kevin Cheveldayoff met with the media to provide an update on Byfuglien and... well it's clear that the GM is frustrated. Just listen to his words and pay close attention to his tone and body language:

In other Big Buff news it appears as if Big Buff's house in Winnipeg is officially off the market, having sold for over $1.5 million.

Shout out to Reddit user Trouser_Schnauzer for uncovering this sale in the MLS.