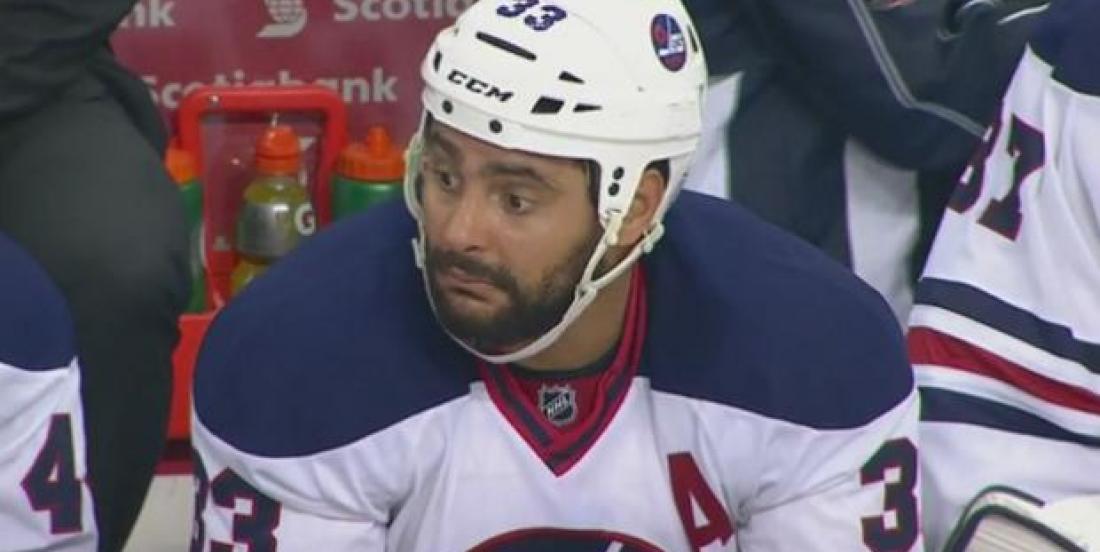 ​This is heart-breaking to hear…

One tough blow was handed to the Winnipeg Jets this morning when TSN’s Bob McKenzie reported that defenseman Dustin Byfuglien is pondering his NHL future as he takes a leave of absence from the club.

McKenzie noted Byfuglien is said to be weighing his options at the moment and remains without a timetable for a decision. His agent, Ben Hankinson or Byfuglien himself did not respond to a request for comment from McKenzie.

Team insider Rick Ralph of TSN 1290 in Winnipeg has now revealed that Byfuglien is believed to “have lost his love for the game.” Ralph added that the veteran blue liner was on the ice with the rest of the team before the start of training camp, but reportedly did not take part in the skate for Da Beauty League over the course of the summer.

The Jets will be patient with his decision.

On the first day of training camp it was announced that Byfuglien was granted a leave of absence by the team though it was never explained why the blue liner needed time off the ice.

He is signed through next season at a cap hit of $7.6 million.