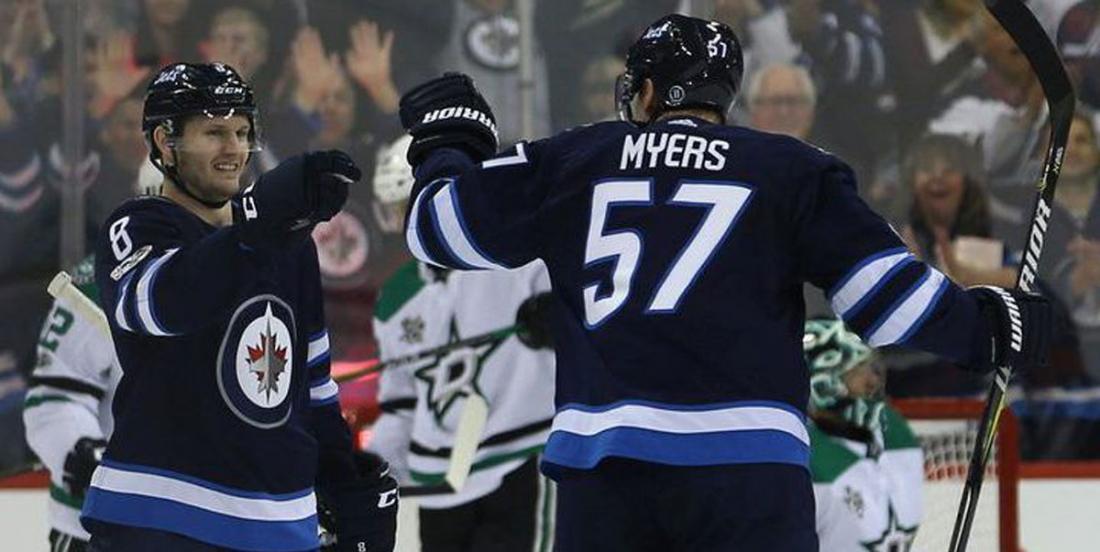 Jets jump on trade market with “lots of moving parts”

Rival teams will come calling, but will a Cup run stop this process in its tracks?!

The Winnipeg Jets came so close last season to surprise all Canadian fans, making it all the way to the Western Conference Finals before the Vegas Golden Knights put an end to the Stanley Cup hopes in five games. The Cup run was surely exciting and the team is looking to go again this season.

However, the Jets might have to deal with several distractions this year and one of them is directly connected to the future of one of their star players. The future of Tyler Myers in Winnipeg will be interesting to follow as free agency period rolls on and GM Kevin Cheveldayoff might have some tough decisions to make prior to the trade deadline in February.

According to NHL insider Bob McKenzie, who was on the air of Vancouver’s TSN 1040 on Tuesday morning, tough choices will come down to two key players, especially if they do not want to bust their cap.

“That one’s a really weird one because there are so many variables because under normal circumstances you would say, ‘Oh, the Jets are going to need their money for Jacob Trouba,’ who’s a year away from unrestricted free agency. But I’m not sure that he’s going to sign long term in Winnipeg and this might be the summer, if he’s not prepared to commit long term to the Jets this summer, then this is the year that you move him, in the off-season.

“And if you’re going to move him, then you definitely want to hold onto Tyler Myers and you cut your deal with him and he never gets to free agency. So there’s a lot of moving parts on that front.

Myers is in the final season of his seven-year, $38.5 million contract and is set to become an unrestricted free agent this summer. He did have trade protection written into his original contract, but those clauses were voided following the 2015 trade from Buffalo to Winnipeg. Trouba is on a one-year, $5.5 million contract, which means he’d be eligible to sign any sort of extension beginning in January.

Many Jets fans think that Trouba has yet to show he wants to commit long-term to the team, which could play a lot in what Cheveldayoff does in the coming year. While there are a lot of moving parts in Winnipeg, the GM will have to see what is best for the team’s future: to cash in on trades including the top defensemen or signing them long-term for a continued quest towards a championship.

“So there are some really intriguing names out there, and obviously at the top the Erik Karlsson question will be one that will be asked all season long.”

We will be waiting for an answer… in the meantime, fans keep wondering what will happen.