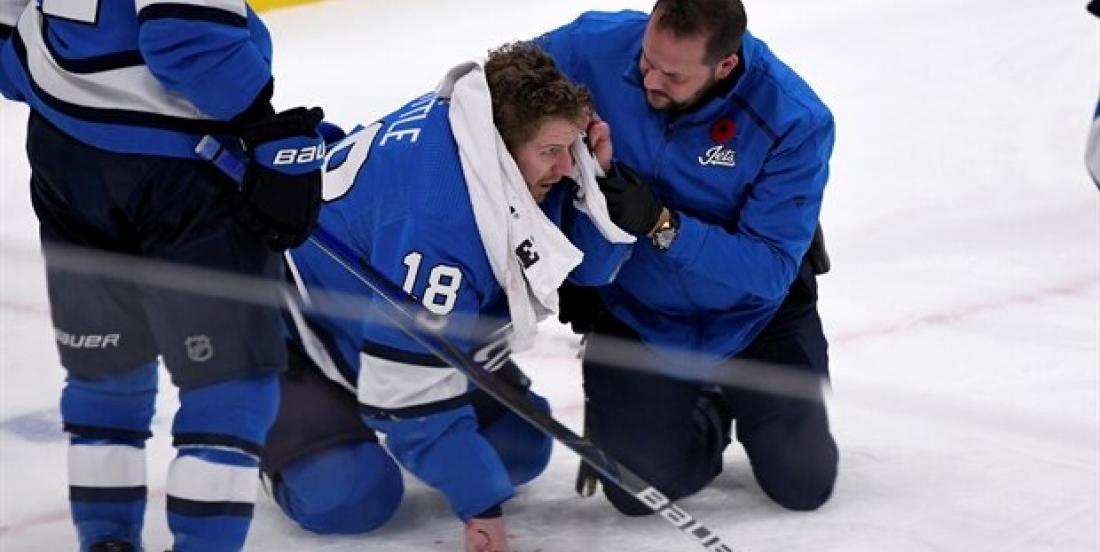 Jets forward Bryan Little left Tuesday’s game after talking a hard slap shot from teammate Nikolaj Ehlers to the side of his head. Little was bleeding after taking the puck to the head and needed to be helped off the ice by Ehlers and a Jets trainer. He made it to the dressing room, but did not return to action.

The Jets just shared an update on Little's injury on Wednesday morning, revealing that the forward was struck near the ear and needed to be transported to the hospital to receive 25-30 stitches to close the laceration. He was later transferred to a neurological unit to be kept under observation during the night.

Little missed nine games to begin the season with a concussion and this could only bring back these symptoms.

After the game, head coach Paul Maurice had no update on Little’s condition, but when asked if the puck hit Little’s ear or head, Maurice responded:

“I believe the ear. Which is attached to the head. Or partially.”

He had collected two goals and five points in six games since returning to the lineup. His return had been quite beneficial for the Jets.