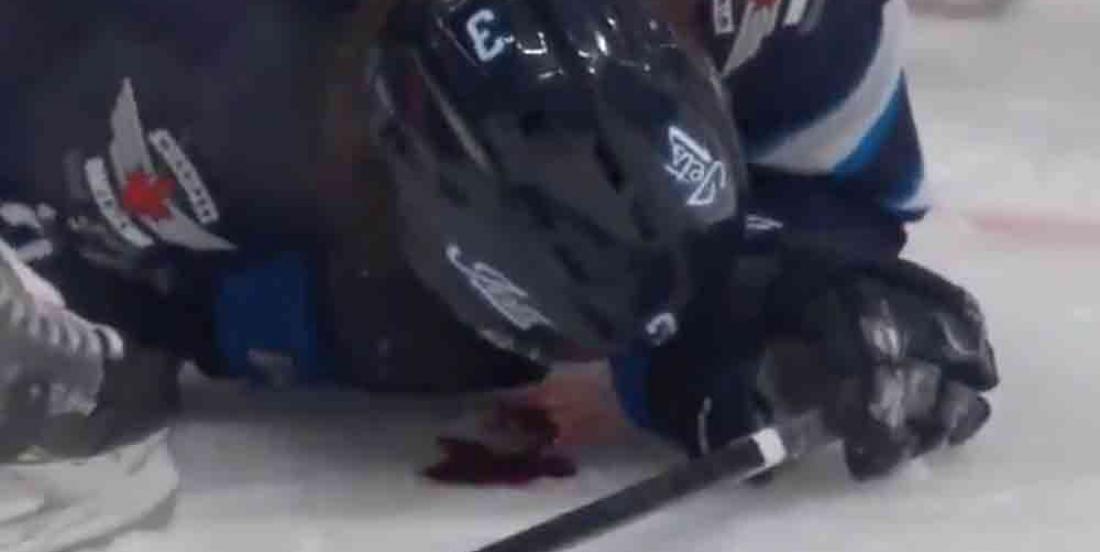 Winnipeg Jets defenseman Tucker Poolman is willing to do anything to help his team make it to the first round of the postseason this summer.

Even willing to throw himself face first in front of a shot in order to help his goaltender Connor Hellebuyck.

We know cause that’s what happened on Tuesday when the Jets faced the Calgary Flames in the second game of the qualifying series. During the second period, Flames’ Mikael Backlund attacked the net on the power-play and Poolman simply dove face first to block his shot.

The poor blue liner caught the puck right in the face and left the ice a bloody mess, leaving a long trail of blood on the ice.

Check out, and warning, it’s not for the faint of hearts…

Poolman was helped off the ice by teammate Cody Eakin, and went down the tunnel in order to get repairs.

The Jets are already without Patrik Laine, Mark Scheifele and Mason Appleton. They cannot afford to lose anymore as their bench is getting thin…

We hope Poolman will be alright.