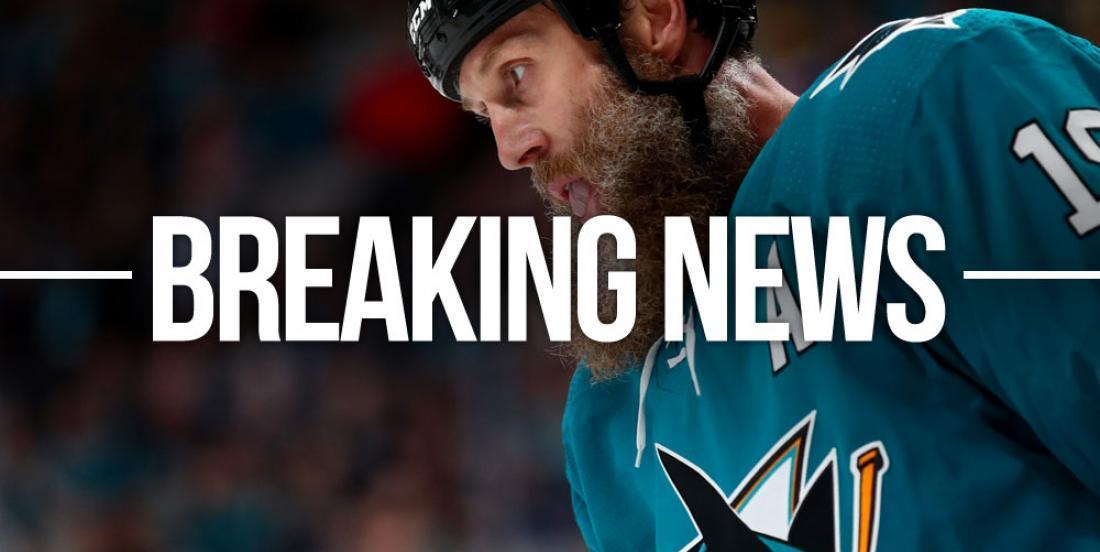 Joe Thornton has signed with the Maple Leafs!

The Toronto Maple Leafs have managed to do it. Rumours surfaced earlier this week that general manager Kyle Dubas was going after free agent forward Joe Thornton.

On Friday, he managed to sign, seal and deliver the news as it has been reported that Jumbo Joe has signed a one-year contract in Toronto. He will earn the league's minimum salary of $700,000. It also includes a no-movement clause.

There were rumblings earlier on Friday that this would happen and so fans in Toronto can now celebrate.

Ever since the San Jose Sharks’ season came to an end, Thornton has made it clear he was looking at all options to come back one more year in the NHL, he who ain’t interested in retiring at the moment. He never ruled out a return to San Jose though we can imagine the veteran player was looking to play for a contender in the hopes of hoisting the Stanley Cup before hanging up the skates.

Toronto has already made several significant changes to its bottom-six forward group for next season, moving out Kasperi Kapanen , Andreas Johnsson , and Frederik Gauthier while adding Wayne Simmonds , Jimmy Vesey, Joey Anderson, and Travis Boyd to the roster. The Leafs currently still have Alexander Kerfoot penciled into the third-line center role, but money is tight under the cap and they will need to dumb some salary once again now that Thornton on his on their roster and could compete for that middle spot on the third line.

Thornton just had his worst season in two decades, putting up just seven goals and 31 points in 2019-20, his lowest total since that 1997-98 rookie campaign. He is after a chance to hoist the Stanley Cup and there was some resentment over the Sharks not moving him at the trade deadline to a true contender.

That might be why he has decided to sign with the Maple Leafs and go all in far from San Jose.