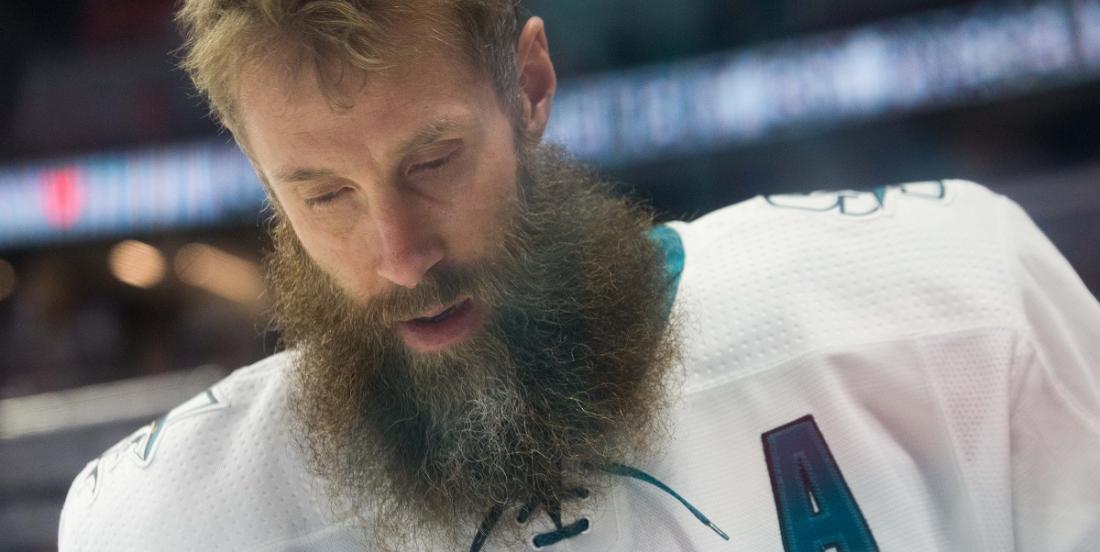 A tough break for Jumbo Joe.

It is a bit of a weird time to be a hockey fan right now given the restrictions imposed on the globe by the ongoing coronavirus pandemic, and it is perhaps an even weirder time for the players that are currently experiencing it.

Several players from the National Hockey League have traveled to Europe over the last several weeks and months to play in the various leagues in that part of the world that have been ongoing while the NHL was either suspending play due to the pandemic or while it was hosting a modified version of the the Stanley Cup playoffs. Most of the players who have gone to Europe are players that were not involved in the NHL's playoff bubble and among those is veteran Toronto Maple Leafs forward Joe Thornton.

Thornton met Tabea Pfendsack while playing in Switzerland during the 2004 NHL lockout and the two would eventually marry, resulting in Thornton regularly spending time in the country each and every year. It made perfect sense for him to return there once again and join his former team in HC Davos in order to train for the upcoming NHL season, especially when you consider that Thornton would otherwise have been entering the season with his last real game having come in March of this year.

Thornton was off to a pretty hot start with Davos as well, recording 7 points (2 goals and 5 assists) through his first 6 games in the National League, but that has now been derailed as a result of the very same pandemic that derailed the NHL season. This week the Swiss League announced that due to positive tests of COVID-19 on the HC Davos roster that the team would be sidelined for the time being, which means that Thornton himself will now be sidelined at the very least until next Saturday, the 28th of November.

We know that 5 players are believed to have registered a positive test but which players were affected has not been revealed, although there has been no indication that Thornton is among that group at this time. Davos had a game scheduled for the 27th but that has been scrapped from the schedule as a result of this outbreak on the team, and only time will tell if there are further cancellations on the part of the league.