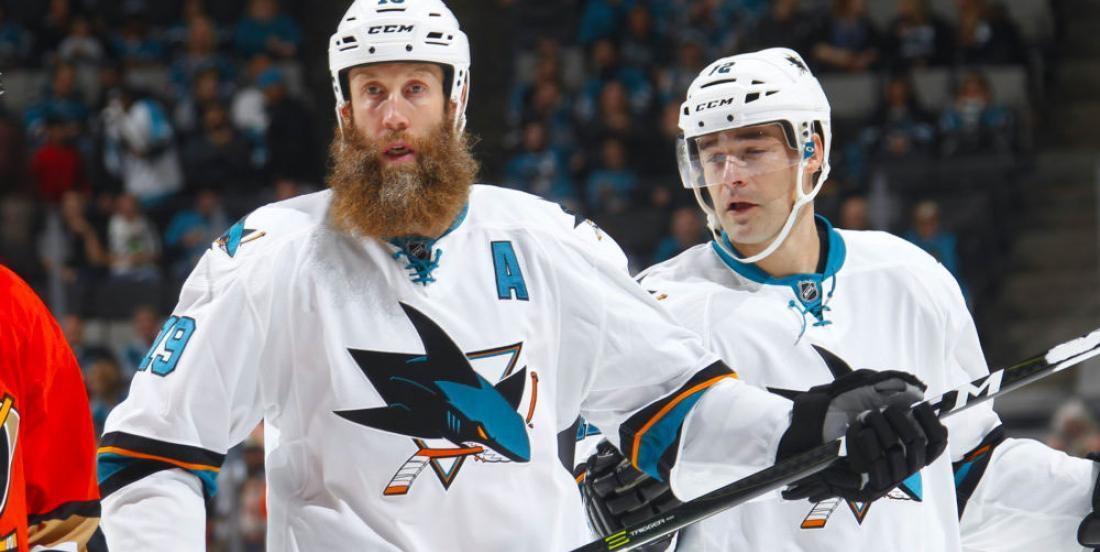 It seems like there is no doubt that the Sharks will sell at the upcoming trade deadline and as Brian Ricks of The Mercury News examined five trade options that can build a stronger future in San Jose, he wonder if it’s time to give Joe Thornton “the Ray Bourque treatment”.

Thornton could be offered to be traded at the deadline to get the chance to chance a Stanley Cup before it is his time to hang up the skates. Ricks believes the decision will be placed in in Thornton’s hands, since he has a full no-move clause. However, the Sharks could benefit from the move and land as much as a second-round pick if they take a contract back in the deal.

Some fans will wonder if the Boston Bruins, the team that selected Thornton first overall in 1997, would be interested in getting him back for the long playoff run.

It sure would be excited for fans in Bean Town…

Ricks also wonders if the Sharks could look into moving 40-year-old Patrick Marleau, who he believes could fetch a mid-round pick in return.

Marleau returned to San Jose this season after an eventful summer, but might ended up with another team before the season ends. Ricks points to the Colorado Avalanche as a possible landing spot as it seeks a veteran leader with playoff experience.

In his article, Ricks also points to pending unrestricted free agents Brenden Dillon, Melker Karlsson and Aaron Dell as assets the Sharks could move over the next five weeks.