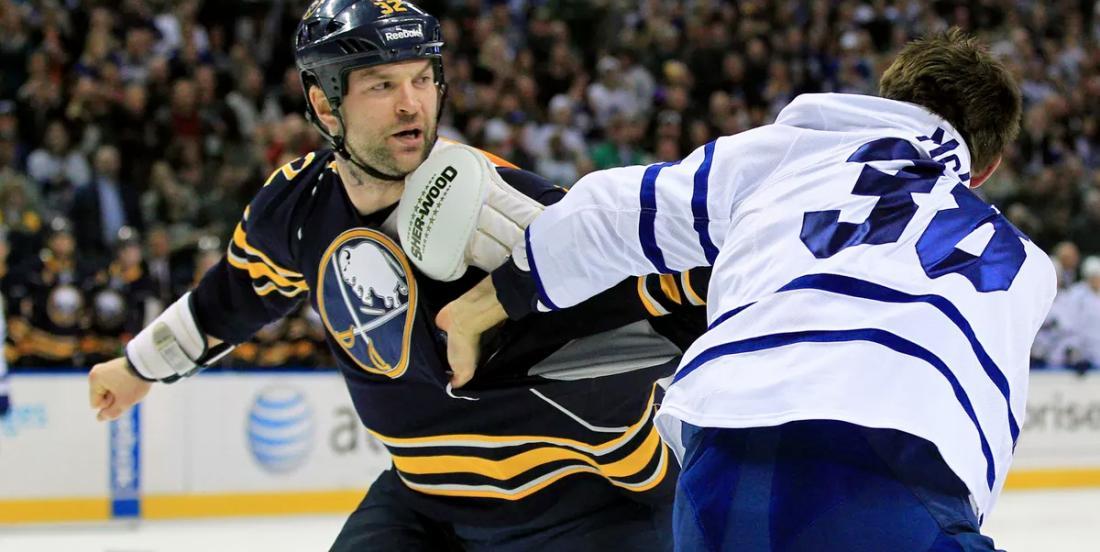 Former NHL All-Star MVP John Scott seems to be enjoying his retirement from professional hockey these days, publishing a book and starting a popular podcast all within the past calendar year. But it wasn’t long ago that the 6 foot, 8 inch, 260 pound giant was enforcing the ice in the NHL for the Minnesota Wild, Chicago Blackhawks, New York Rangers, Buffalo Sabres, Arizona Coyotes and Montreal Canadiens.

Scott was a feared enforcer who was willing to drop the gloves and go at it with anyone… including his own teammates, evidently. On his most recent episode of the Dropped the Gloves podcast, Scott tells a hilarious story of the time he “choked out” Sabres teammate Rasmus Ristolainen.

Choked him out unconscious! Take it easy, big man!