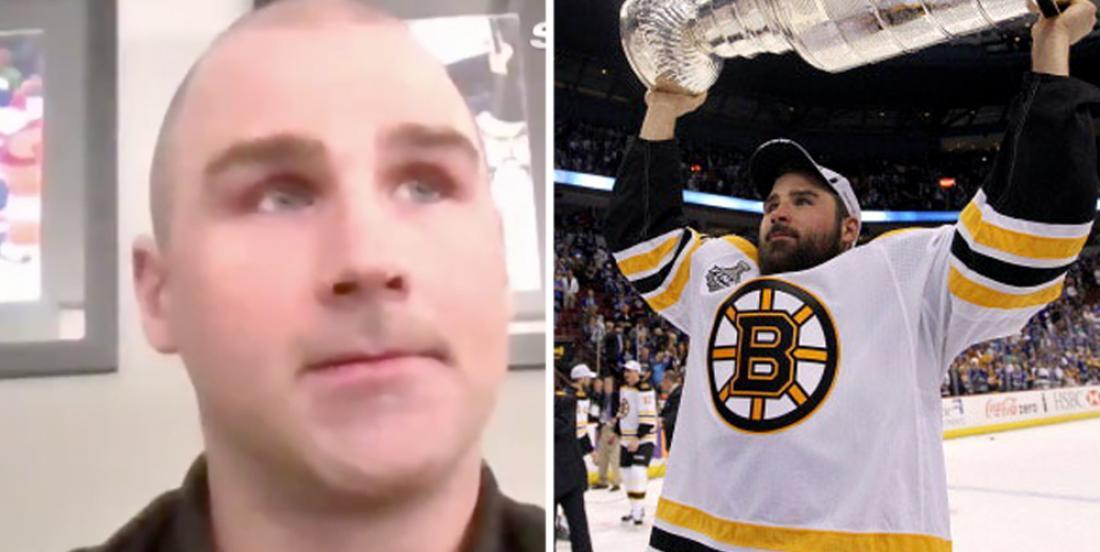 Johnny Boychuk gets emotional in explaining his reasons for retiring

The longtime Isles and Bruins blueliner lays it all out there.

In case you missed the news earlier today, the New York Islanders announced that defenseman Johnny Boychuk's NHL career is over after doctors determined that the damage done to his eye during a freak accident this past season is irreversible.

After numerous and extensive medical exams, New York Islanders defenseman Johnny Boychuk's career has come to an end, due to an eye injury suffered during the 2019-20 regular season. The most recent injury was the second to the same eye.

As you might expect with a player as popular as Boychuk, his teammates and coaches are signing his praises online today.

"Anyone who knows JB knows he is one of a kind in every way," said Isles captain Anders Lee on Twitter. "He is a selfless teammate, who never backed down, shot every rimmed puck, has a heart of gold, and touch of moderns top customer. But above all he is always there for you.I’m lucky you call you my friend, Love you Beezy."

As for Boychuck himself, he's obviously emotional about today's news and he even caught himself during a Zoom press conference with reporters.

When asked how he'd like his NHL career to be remembered, Boychuk summed it up perfectly:

"A tough player to play against, to battle through anything and I did," Boychuk said. "To be known off the ice as a good person and a good guy and to be on the ice against me to be hard to play against."

No one is going to argue again you there, buddy. You played the game the right way.

All the best in retirement, JB. This isn't the way anyone wants their career to end but you should absolutely feel proud of everything you've accomplished.