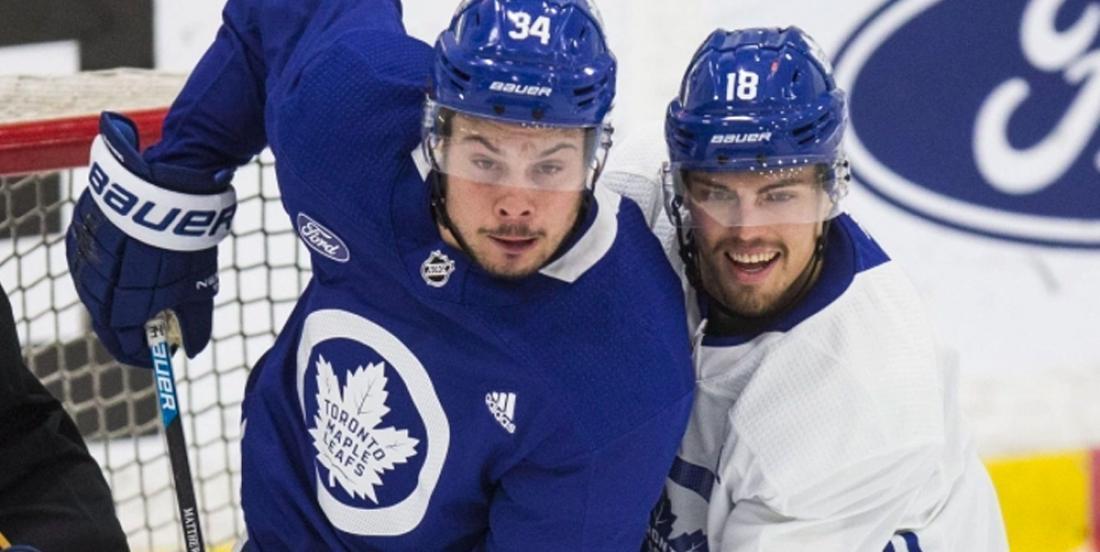 This just in, injured forward Andreas Johnsson has re-joined the Toronto Maple Leafs for special teams drills during his team’s practice today in downtown Toronto.

#Leafs add that Andreas Johnsson (knee) joined the special teams portion of practice today, which should be a positive sign of his ongoing recovery

That's obviously great news for Johnsson and for the Leafs as a whole. The 25 year old winger has been out of his team's lineup since suffering a knee injury during a collision with teammate Kasperi Kapanen in February. Johnsson underwent surgery to repair his damaged knee and it was announced on February 19th that he'd miss the entire season while rehabbing from surgery. Of course, there's no way he or the Leafs could have known that the team would still be in action at this point of the summer due to COVID-19, so there's a chance that he'll be able to hop into the lineup in time for the Leafs' Qualifying series against the Columbus Blue Jackets.

Johnsson earned himself a four year, $13.6 million contract extension with the Leafs last summer and put up eight goals and 21 points in 43 games thsi season. The Leafs' 7th round pick in the 2013 NHL Entry Draft has 30 career goals and 67 career points in 125 career regular season games. He has also potted two goals and six points in 13 career playoff games.

With a healthy Johnsson available to head coach Sheldon Keefe, the Leafs can ice a top-nine forward group that rivals any other NHL team in terms of pure skill. I mean... Auston Matthews, John Tavares, Mitch Marner, William Nylander, Kasperi Kapanen, Andreas Johnsson, Ilya Mikheyev, Nicholas Robertson and Alex Kerfoot... that's quite a bit of high end skill. Throw in a "sandpaper" fourth line with Kyle Clifford and Frederik Gauthier and the Leafs have arguably the deepest and most skilled forward group of all the NHL's 24 playoff teams. The big question though is does this lineup have enough grit to withstand the ups and downs of playoff hockey?