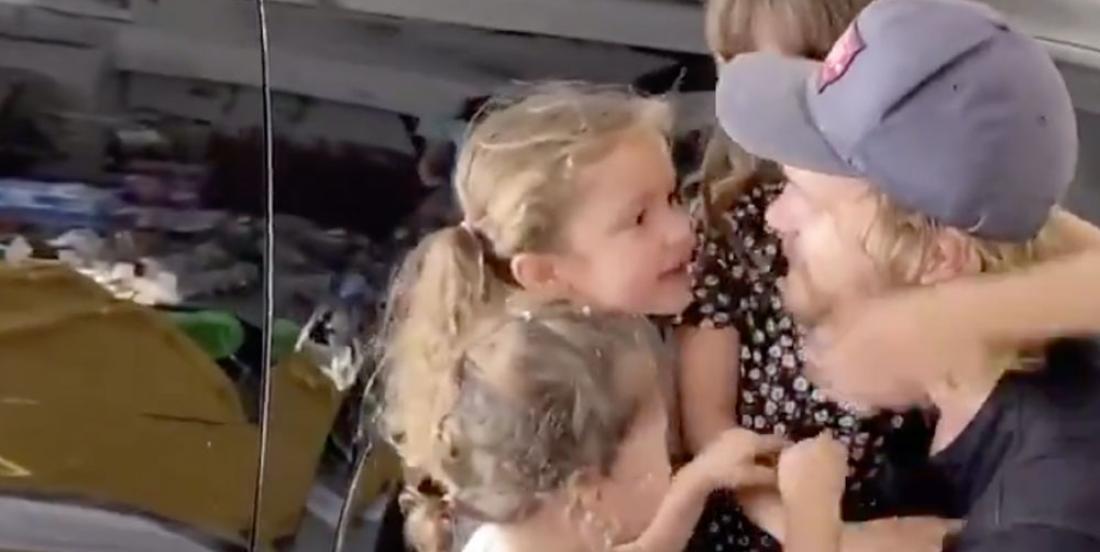 The Golden Knights’ players were away from their families for quite a while after making it to the Western Conference finals where their journey ended after the Dallas Stars beat them in five games and moved on to the Stanley Cup final.

That meant that the Golden Knights were going home and veteran defenseman Jon Merrill got to see his three daughters whom he hadn’t seen in more than six weeks.

His wife Jess Molina caught the reunion on tape: Merrill hid in the house’s garage and when the automatic door lifted the girls, Olive, Lennon and Jolie, ran to hug their father, thrilled to finally have him back home.

Merrill is clearly moved to be holding his girls, but then, the middle one turns to him and asks: “Dad, did you win?”

Brutal return to reality as Merrill is forced to answer one of the most bittersweet things we’ve heard this offseason: “No, but I’m home.”

While we are sure Merrill is very happy to be reunited with his family, we can only imagine how much he would have liked to stick a bit longer in Edmonton to make it to the final and hoist the Stanley Cup.

The 28-year-old hasn’t had the chance yet to win the prestigious trophy, but came even closer back in 2018 in the Golden Knights’ inaugural season when they lost to the Washington Capitals.

Most fans expected Vegas to make it all the way and even to be the new Stanley Cup champions, and so, we understand why his own daughter expected the same.

While Merrill and the girls might be disappointed that he isn’t a champion (yet), we bet they’re even happier to finally be together.