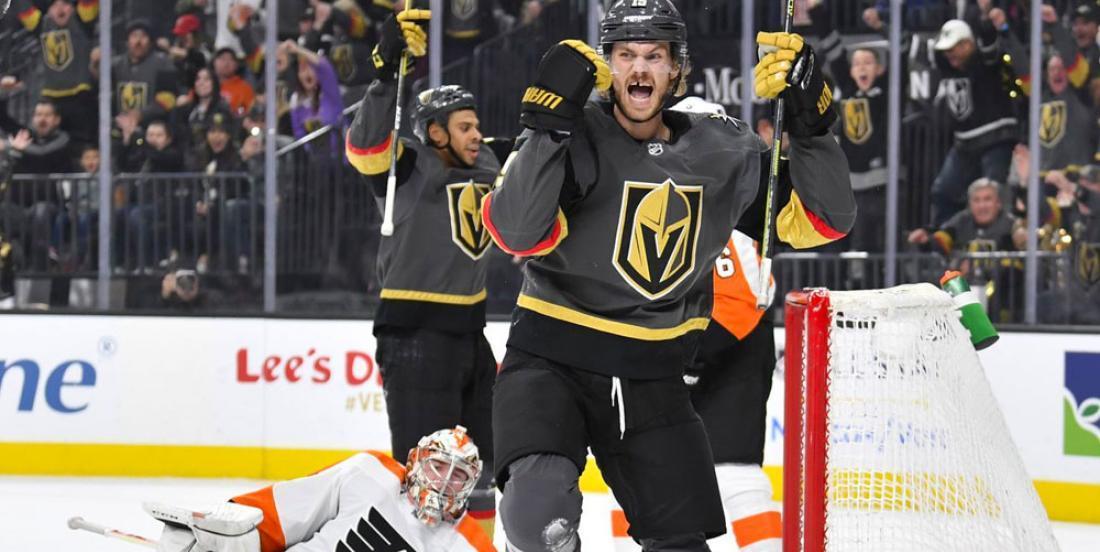 The Vegas Golden Knights were left in a tough position on Thursday night hours before puck drop against the visiting Philadelphia Flyers.

The team announced that forward Jonathan Marchessault was out of the lineup with a lower-body injury and needed to come out with a quick solution to replace him.

That’s when they decided to use seventh defenseman Jon Merrill as a forward.

“We just didn’t have anyone else,” Merrill said to the Las Vegas Review Journal. “I don’t think they could call anyone up quick enough. That’s just kind of the way it went.”

Merrill admitted that he last played forward 13 years ago when he evolved in the USHL with the U.S. Development Team, though he first appeared for the national program in 2008-09. Nonetheless, the 27-year-old managed to impress, scoring his first goal of the season up front. He made the night even more memorable when he gave the Knights a 3-1 lead at 11:27 of the first period.

After battling for the puck along the wall, Merrill headed to the net, fell down, but got back up. That’s when the Flyers forgot about the blue liner turned forward who collected the rebound from Nicolas Roy’s wraparound attempt.

“How about that goal? He looked natural,” defenseman Brayden McNabb said. “It was pretty cool to see him get one. It was pretty fun being out there when he got it.”

In 36 games as a Knights defenseman, Merrill has collected three assists. On Thursday night as his team beat the Flyers 5-4, he tallied his first goal of the season - and as a forward.