According to multiple sources, Drouin decided not to report to the AHL Syracuse Crunch. He has been suspended indefinitely by the Lightning's organization.

Drouin's agent Allan Walsh released a statement after his client's suspensions had been announced. 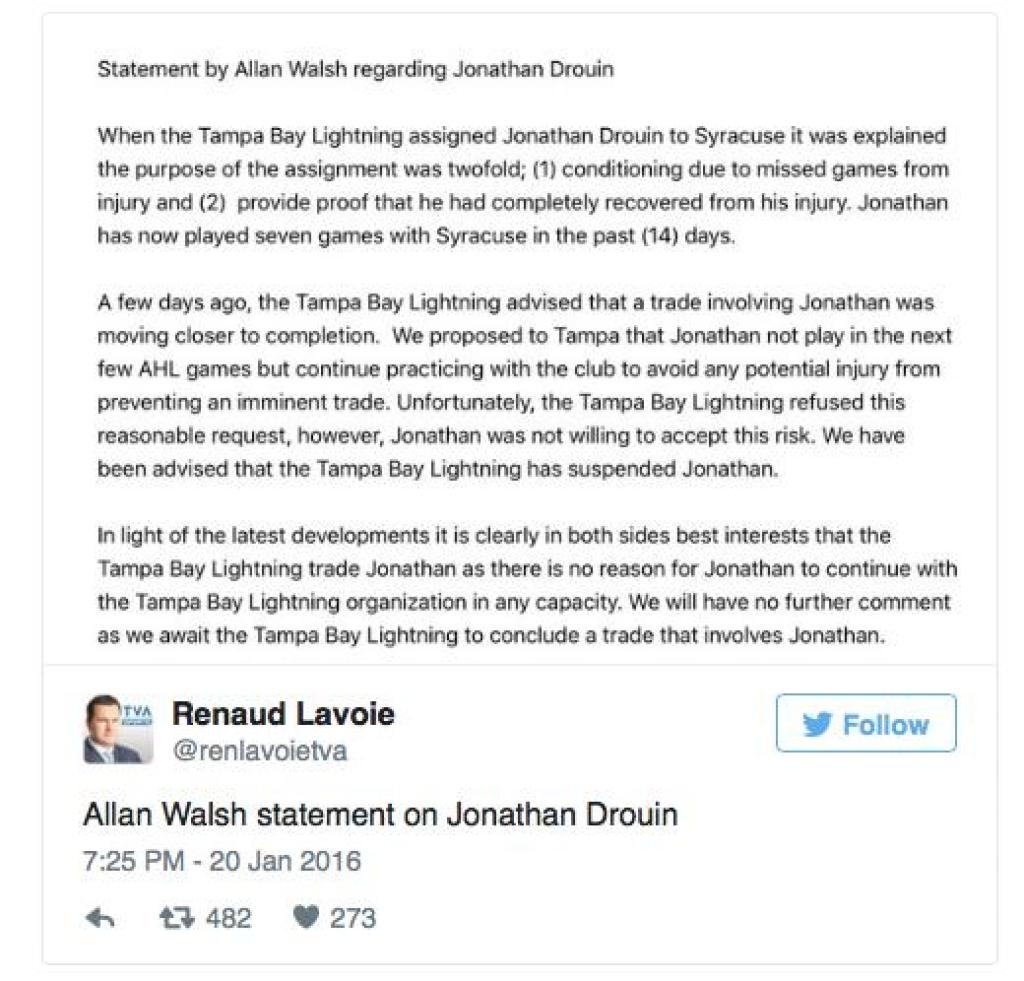 Jonathan Drouin took part in the morning skate f his team, but did not show up for the pre-game warmup.

Drouin made the headlines a couple of weeks ago when his agent decided to go public with his client's demand: Drouin wanted to get traded from Tampa Bay, feeling he never had his chance to develop and wasn't satisfied with the way Tampa Bay treated him.