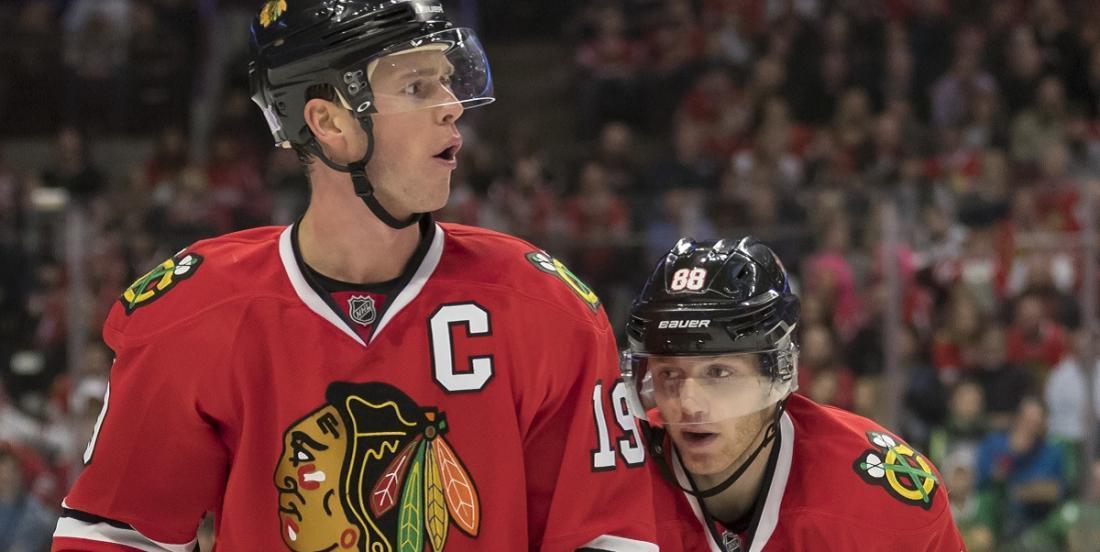 It sounds like Chicago Blackhawks forward Jonathan Toews may have tweaked something in practice, although at this time this is mere speculation.

According to a report from Charlie Roumeliotis of NBC Chicago, Toews has gone missing at Blackhawks practice on Monday morning. Although the issue was initially believed to be an equipment problem there is now growing concern over what may have happened to Toews out on the ice given the fact that he has been missing for a large portion of the Blackhawks practice at the time of this writing.

Toews was reportedly participating in a power play drill when he snapped his stick, and this is what led to the belief that it was merely an equipment issue. Following the breaking of his stick Toews casually skated off the ice and appeared to be heading into the back to grab himself another piece of lumber, but this far he has not returned and it has been roughly an hour now since the incident with his stick.

Unfortunately due to the NHL's new rules regarding reports on player injuries, it seems very likely that we won't be getting an update on what exactly has transpired here anytime soon. The news could not come at a worse time for the Blackhawks who are now less than two weeks away from the return of meaningful games. The issue is compounded by the fact that earlier today reports began to surface suggesting that a returning Brent Seabrook may not be up to speed in time for the playoffs.

Stay tuned for more on this developing story.