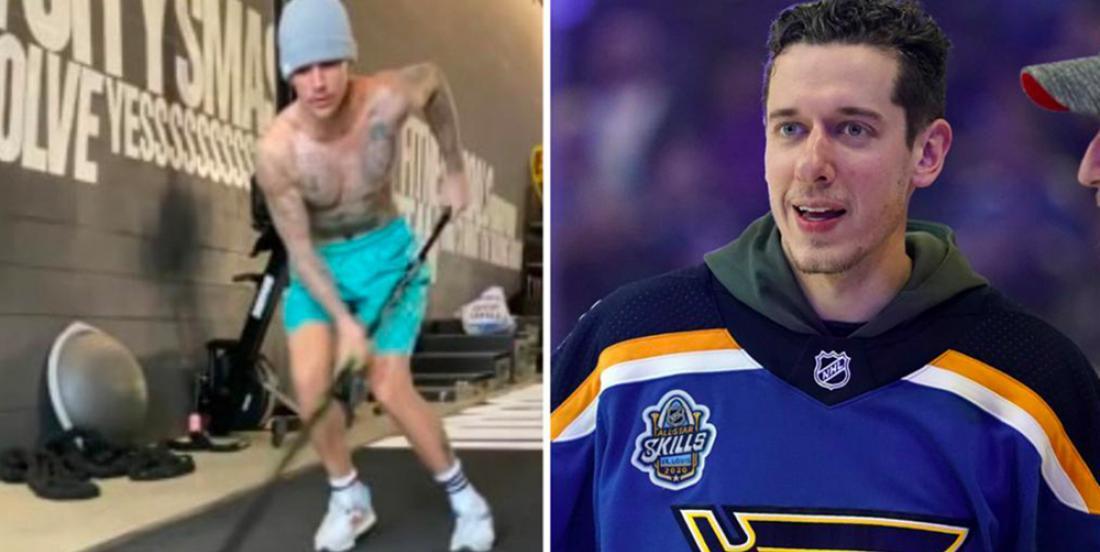 It’s been a few months since St. Louis Blues goaltender Jordan Binnington called out pop superstar Justin Bieber on his hockey skills and challenged him to a 10 puck shootout.

“10 breakaways me vs. you. You score on me I’ll dye my hair platinum blonde @justinbieber.”

Bieber, of course, accepted the challenge but we haven’t heard much since then. Probably because the Biebs has been spending weeks training with former NHLer and Stanley Cup champion Jarret Stoll. For real? For real.

Toronto Maple Leafs superstar and friend of Bieber, Auston Matthews, was on the Spittin’ Chiclets podcast with former NHLers Ryan Whitney and Paul “BizNasty” Bissonnette earlier today and he heaped some praise on Bieber’s puck skills.

“He’s [Bieber’s] got a private coach, he’s working like legit hard at this,” said Whitney.

“Yeah, Jarret Stoll I think is his private coach, that’s what I heard,” replied Matthews.

“He’s taking it pretty seriously and he’s got pretty good hands,” said Matthews. Ten shots… like I hope he can score one. I’m putting my money on him. He’s got hands, but he’s got an absolute muffin. But he has good hands.”

A “muffin” for those unaware is a weak wrist shot. So take note of that, Binner… Biebs is going deke, not shot.