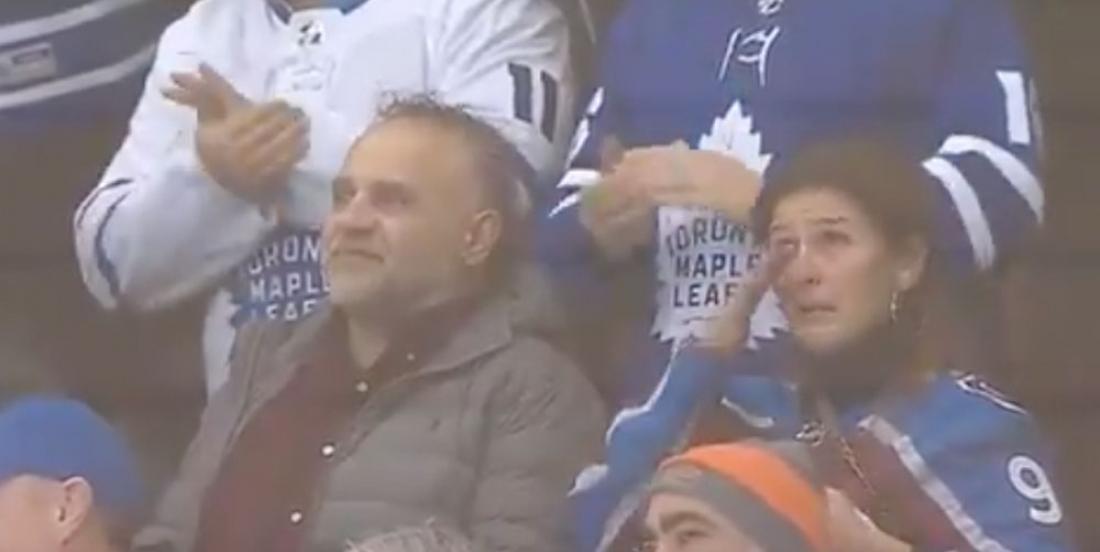 Kadri’s parents in tears during their son's tribute in Toronto

Great class from the Leafs and their fans!

The Colorado Avalanche are in town on Wednesday night to face the Maple Leafs in Toronto and this marks the first time Nazem Kadri is back in his former arena since he was traded during the summer.

While the Leafs parted with the gritty forward, they offered him a moving tribute during the first period of the game and fans didn’t pass up the chance to let him know how much he was liked.

The crowd got up to its feet and gave Kadri a warm welcome back to Toronto despite wearing rival colours.

Kadri’s parents who were in attendance were caught in tears as their son got a standing ovation from his former teammates and the Toronto crowd.