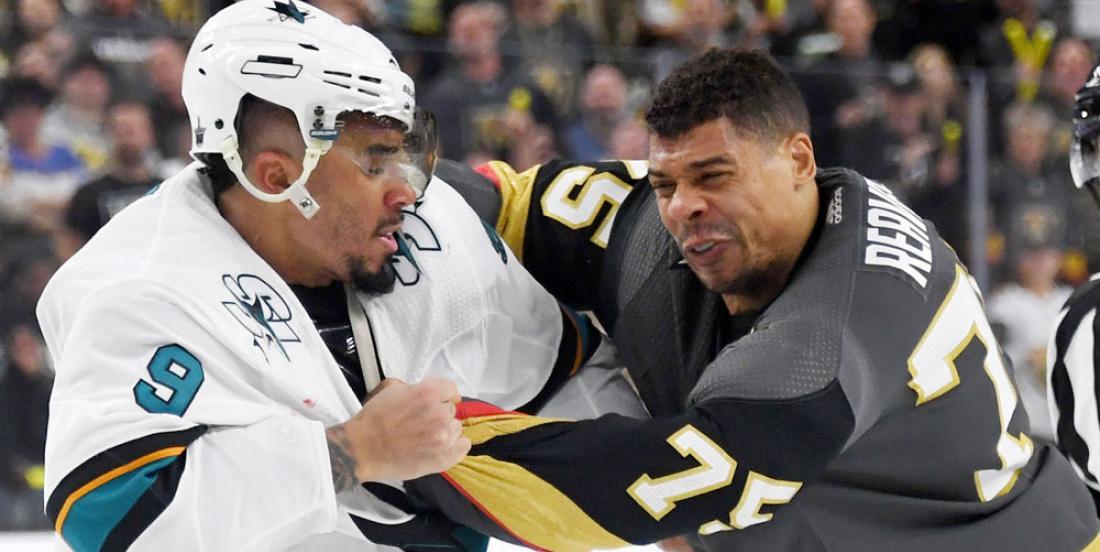 No doubt about it, Vegas Golden Knights forward Ryan Reaves is the most feared man in the NHL. The 6 foot, 1 inch, 225 pugilist has wreaked havoc across the NHL and, in particular, seems to have developed a bitter rivalry with San Jose Sharks forward Evander Kane.

Flash back to the 2019 Stanley Cup Playoffs and you may remember this spirited tilt between the two in their first round matchup:

After the game, Reaves went in full trash talk mode and ripped Kane and Sharks legend Joe Thornton. Kane fired back calling Reaves “The Muffin Man” and claiming that he thinks Reaves should maybe take his act to the WWE.

"He thinks it's the WWE. Probably going to end up there pretty soon."

"Nobody thinks of Ryan Reaves as a hockey player."

Reaves, never one to let someone else get the last word, agreed that indeed maybe he does have a future in the WWE.

If nothing else, it’s clear that Reaves takes up a lot of Kane’s mental space. In fact, just check out Kane’s latest Twitter post in which he calls out Reavo yet again:

Not gonna lie… that Mr. Rogers chirp is actually pretty good. Now we get to wait around for Reavos reply because… well, you just KNOW it’s gonna be something good.