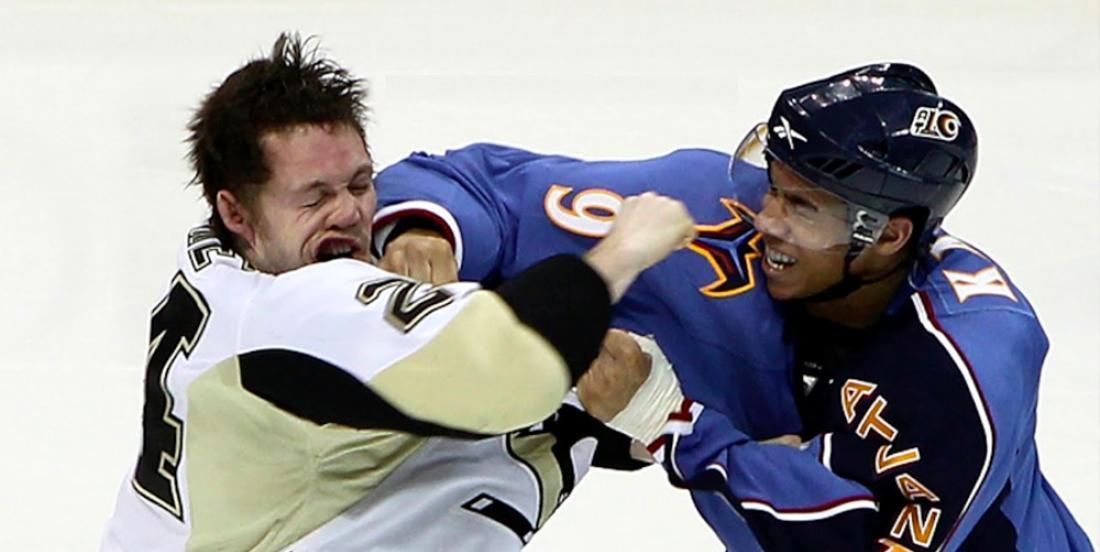 Flashback almost 10 years ago to the date on April 10th, 2010. First, the Atlanta Thrashers are still an NHL team and a young rookie named Evander Kane is trying to make a name for himself on the team. Kane, a Vancouver native, was selected 4th overall less than a year prior and was in the midst of an impressive 14 goal rookie season.

But… we’re not here to talk about goals. We’re here to talk about the definitive highlight from Kane’s rookie season. We’re talking about his BRUTAL one-punch knockout of Pittsburgh Penguins pest Matt Cooke. Cooke, who was always a marked man on the ice, was ironically one of Kane’s favourite players from Cooke’s time with Kane’s hometown Vancouver Canucks. Well, you know the old saying, “Don’t meet your idols?” Kane took it to the next level.

My goodness what a right hand!

I gotta see that again in SUPER SLO MOTION: