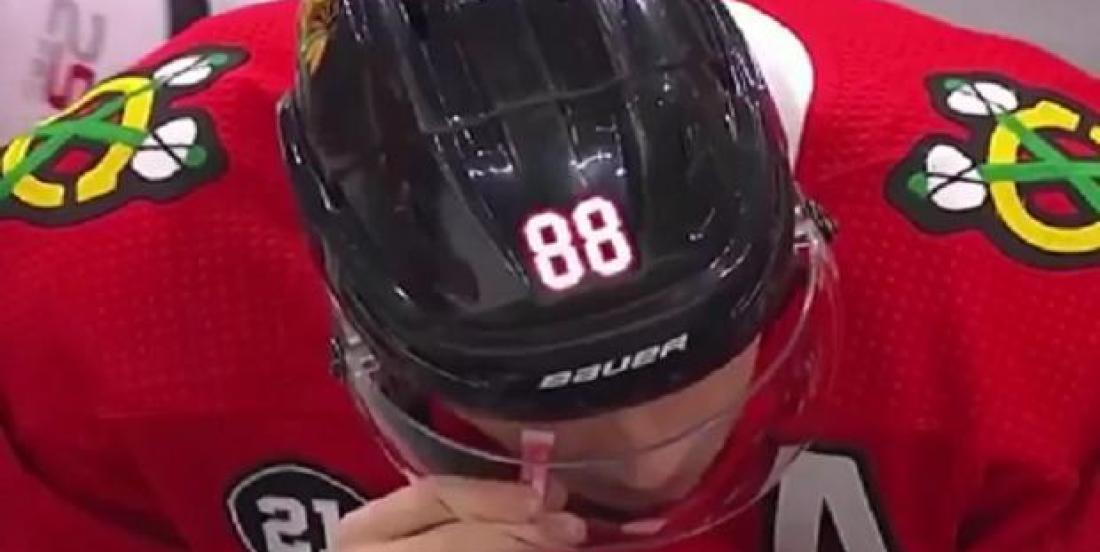 Smelling salts. We see then often at the start of the game as NHL players are doing everything they can to be pumped for the contest and ready for action.

“I don’t know how to describe it,” Dominik Kahun said. “It’s just…strong.”

“It’s almost like the feeling when you bite into a lemon, when it shocks you,” Connor Murphy said. “It’s that, but in your nose? Does that make sense?”

It didn’t make sense to Lazerus, so he had a try and realized it would clear any stuffy nose instantly.

“It’s like Vicks Vapo-Rub, only on steroids,” he writes.

However, he was quick to state that he would never wave them in front of his eyes like Patrick Kane does. And so, he had to understand why the Hawks star player feels the need to do it.

“I don’t think my girlfriend or my family likes me doing that too much,” Kane said with a chuckle. “I try not to do it, but it works. It just burns them for a quick second and makes them water for a bit. You ever have dry eyes? It helps. I don’t want to say it loosens up your eyes, but it just kind of gives you a quick jolt.”

Former Blackhawks forward Artemi Panarin is the one who introduced Kane to smelling salt, however, the latter is the only one using it with his eyes. His teammate Murphy doesn’t get why he does it.

“I tried that once after I saw Kaner did it,” Murphy said. “I was like, ‘No way.’ It’ll really mess your eyes up. It does make your eyes all watery. But if you do it too close to when you go back out on the ice, your vision’s going to be blurry for a second, because it really waters them a lot.”

While he is being judged for waving smelling salts in front of his eyes, it does not seem like Kane will stop anytime soon…

You have to read Lazerus' experience, by clicking here.