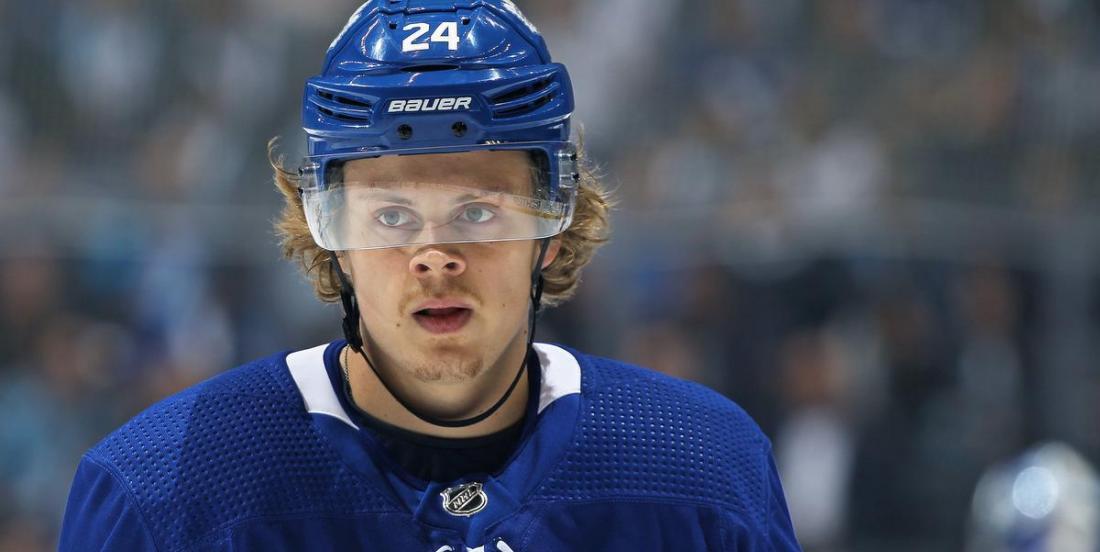 Auston Matthews revealed on Tuesday that he feels ready to return, which means Kasperi Kapanen could get his linemate back shortly. The Toronto Maple Leafs Finnish forward is having a breakout season so far and surely benefited from the significant upgrade in linemates he got since the start of the regular calendar.

Kapanen has tallied 10 goals and 17 points in 24 games so far this season as he wound up on Matthews' wing in the first month of the season. The partnership was great, however, Kapanen had to adjust to another linemate when Matthews was injured and scored just seven points in 14 game in his absence.

When Matthews stated that he feels ready to come back to the lineup, reporters asked Kapanen if he’d noticed any difference with his new centreman, Nazem Kadri. And it feels like the Finnish forward ripped his teammate as his answer was pretty blunt.

"With Matty, I always felt like I knew where he was going and if he wanted me to go too. With Nazy, he makes great plays but sometimes I get a little bit lost with Nazy, because he’s a bit all over the place."

Sure, Kadri and Matthews have completely different styles of play on the ice. Kapanen told it like it is, and we hope he was not trying to offend his teammate when speaking highly of another, who as you can tell, he cannot wait to have back in the lineup.

Matthews last suited up on Oct. 27, when Winnipeg Jets' Jacob Trouba caught his left shoulder with a hard hit in front of the net. The young forward was back in familiar territory, rehabbing a shoulder injury similar to the one that forced him out for 10 games last season. The good news was that it wasn't the same shoulder this time around.

“You have to find something to do – might as well work on stuff you can when you can’t participate in practice,” Matthews said. “Workouts, rehab, doing everything I can to keep everything in the best shape possible.”

“I took some bumps today, initiated contact and went into the corners and [was] spinning off of guys. That all felt good,” Matthews said. “The real test is a game, but doing contact stuff the past week, everything has felt solid and fine. The goal is to not get crunched again like I did when the injury happened, to see stuff coming. Not shy away from hits, just take the lesser part of them.”

At least, Matthews can count on Kapanen, who sounds very excited to reunite with his favourite linemate.