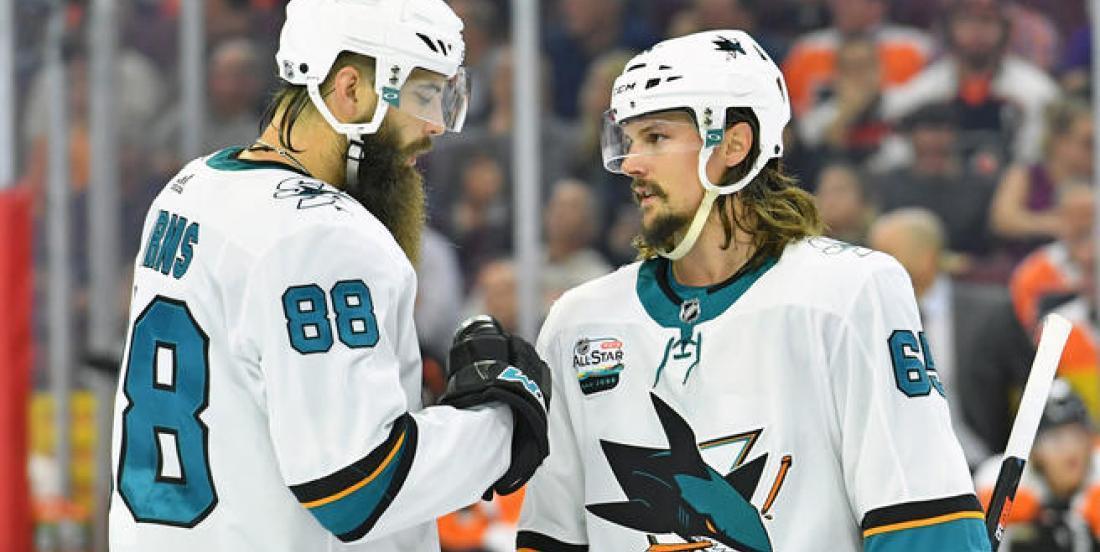 We were waaaaaay off!

The story went viral last week, but it seems like it wasn't told properly.

Last Wednesday night, the San Jose Sharks faced the Hurricanes and beat Carolina 5-1, however, it could have been a different score after defenseman Erik Karlsson made a selfish play at the end of the third period of the contest. The final score or the risky move isn't what fans are talking about though... What was noticed what the loud call of someone telling Karlsson to f**k off after his selfish hockey play...

Streamable provided the video and soundbite of Karlsson making a risky play from behind the Sharks' net in the dying seconds of the game. We can then hear someone telling Karlsson to f**k off when he decided to fling a backhander into the neutral zone instead. At first, we believed it was teammate Brenden Dillion, who was upset and his defensive partner, but we were waaaaaaay off...

However, Karlsson finally revealed who was responsible for the vulgar call on the ice... and Dillion had nothing to do with it, as reported by Fear The Fin.

Dillon busted out when I asked him about it: “It was Erik. Ask him.”

“He’s really hard on himself,” noted Dillon. “A bunch of us do it, but not necessarily as loud as that. Or saying our name specifically.”

Karlsson did bang his stick on the ice after he released the backhander.

“I suck out there,” deadpanned the future Hall of Famer. “I gotta remind myself sometimes.”

When the video first went viral, some fans might have thought that there was a clear lack of communication between Karlsson and his new teammates. Since Karlsson joined the Sharks prior to the preseason, Dillon often noted how excited he was to play alongside the talented blue liner. After Karlsson made the whole F-off story clear to everyone, Dillion added that everyone in the Sharks' dressing room loves having the former Ottawa Senators captain in the lineup.

Dillion admitted he was surprised when he first heard Karlsson cussing himself out, however, he quickly caught used to it. At first though, he feared he had done something wrong...

Clearly, we regret pointing the finger at Dillion.