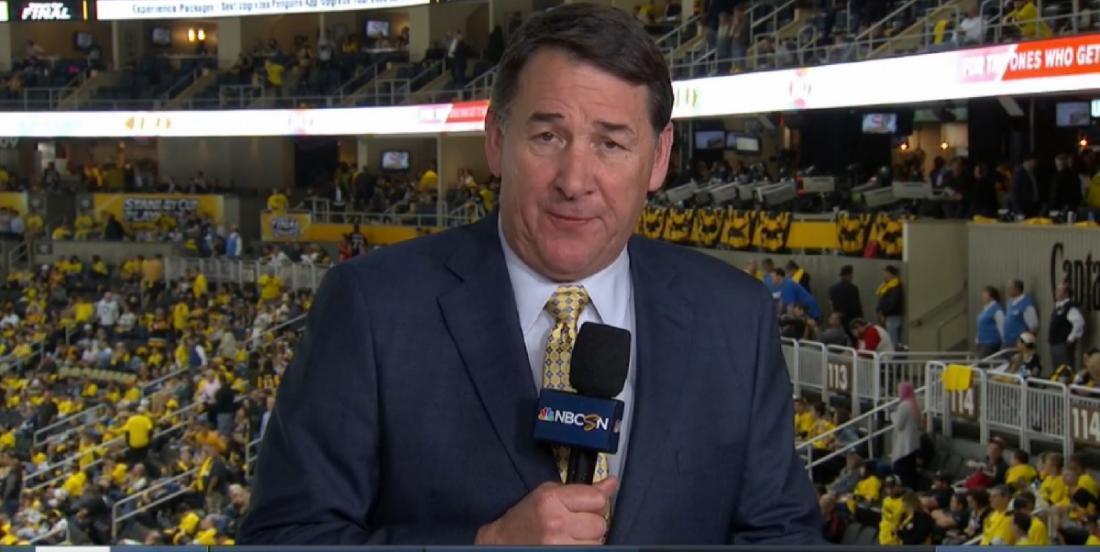 It seems as though National hockey League analyst Keith Jones may have finally run out of patience with his broadcast colleague Mike Milbury, something that many hockey fans from around the world can no doubt relate to.

Milbury and Jones were covering the midday broadcast of the Sunday matchup between the Philadelphia Flyers and the New York Rangers on NBC and it was during their pregame analysis that Jones appeared to get a little annoyed with Millbury. It all started when Jones was discussing the appearance of veteran Flyers forward Sean Couturier during the pregame warmups, making note of just how important of a player Couturier has been, and continues to be, for the Philadelphia Flyers franchise over the past several years.

"That's good news that he is out for the warmups, there was some question whether or not he would perform in this game this afternoon," said Jones. "He is the Flyers most important player, goes head to head with the best players on the opposition and continues to produce offensively."

Now I don't think that you would get a whole lot of argument regarding the point made here by Jones, not only does Couturier produce for the Flyers but he is also widely regarded as one of the best two way players in the National Hockey League in recent years, however it appears as though Milbury objects to that notion. Perhaps it was merely that Milbury merely wanted to get his own points in, but the way in which he delivered it did not sit well with his colleague.

"Well I don't know if I agree with that, he's the most important player, this guy is pretty important too," said Milbury in reference to Voracek. "This guy is part of the line with Couturier and Giroux that has made things happen over the past couple of weeks and he is a glue guy as well so I disagree."

Milbury is of course entitled to his opinion, but the response from Jones made it clear that he simply was not having it today, shutting down Milbury dead in his tracks.

"Well you're wrong," said Jones with absolutely no doubt in his voice."

That one had to sting a little considering it went on on national television.