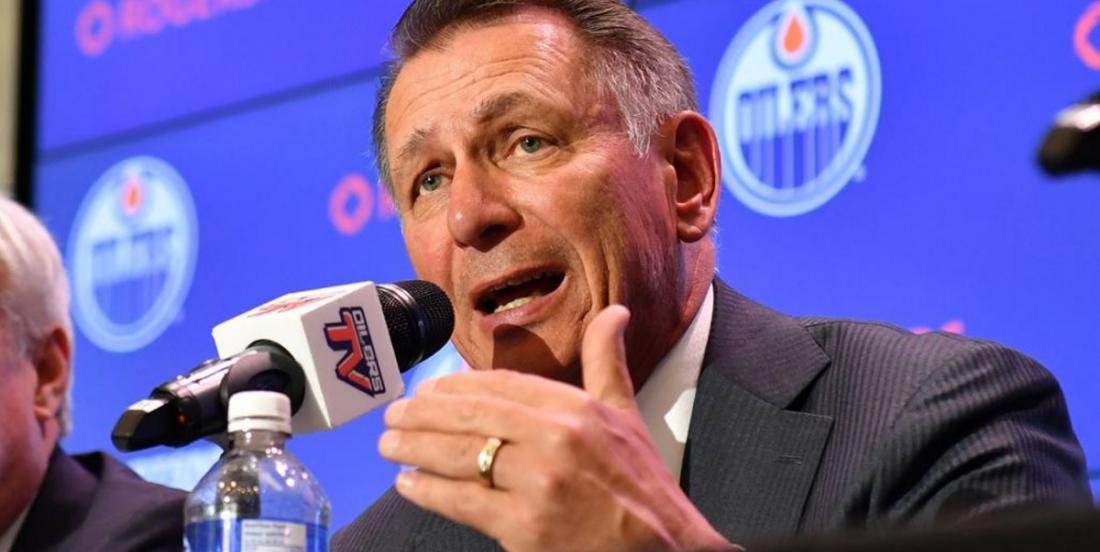 The Edmonton Oilers suffered what has to be considered an embarrassing loss in the qualifying round of the Stanley Cup Playoffs to the Chicago Blackhawks, a team that wasn't even supposed to make the playoffs, and many fans have been hoping to see the team make some significant changes to the roster and bring in more support for forwards Connor McDavid and Leon Draisaitl.

One of the biggest obstacles for general manager Ken Holland when it comes to making any significant moves will be the limited cap space that he will have to work with as a result of the league's stagnant salary cap. Holland is basically looking at $11 million in cap space for next season and that is with players like Riley Sheahan, Tyler Ennis, Mike Green, Patrick Russell and Mike Smith coming off the books as unrestricted free agents. There is a real possibility Holland will look to keep some of those players around so that will eat up some cap space. Additionally Holland has forward Andreas Athanasiou and defenseman Ethan Bear to worry about, both of whom will be restricted free agents and in need of new contracts next season which means even more of that $11 million will be chewed up.

Naturally this has led many to suspect that the Oilers may use a buyout in order to increase the amount of flexibility they have on their roster, however when Holland was asked about this recently he made it sound like buyouts were almost out of the question for the Oilers at this point.

"Highly unlikely," said Holland as per The Athletic.

Holland cites the fact that the Oilers already have players counting against their salary cap that don't play for them, and he isn't particularly inclined to add more names to that list. According to Cap Friendly the Oilers will have $3.8 million counting against the cap thanks to the buyout penalties from both former Oilers defenseman Andrej Sekera and former Oilers forward Benoit Pouliot this season, and Sekera will count for $1.5 million against the cap over the two seasons that follow as well. This is before you even factor in the $750,000 in retained salary on the contract of former Oilers forward Milan Lucic the Oilers held on to when they dealt Lucic to the Flames for forward James Neal.

I can't blame Holland for not wanting to add to that total, you want to be able to spend to the cap when you have your elite young players in the prime of their careers and I think it is safe to say that Holland is looking forward in this case.

"I don’t wanna do buyouts. We wanna put people on the ice and make them better. The less buyout money you have, the better it is," added Holland.