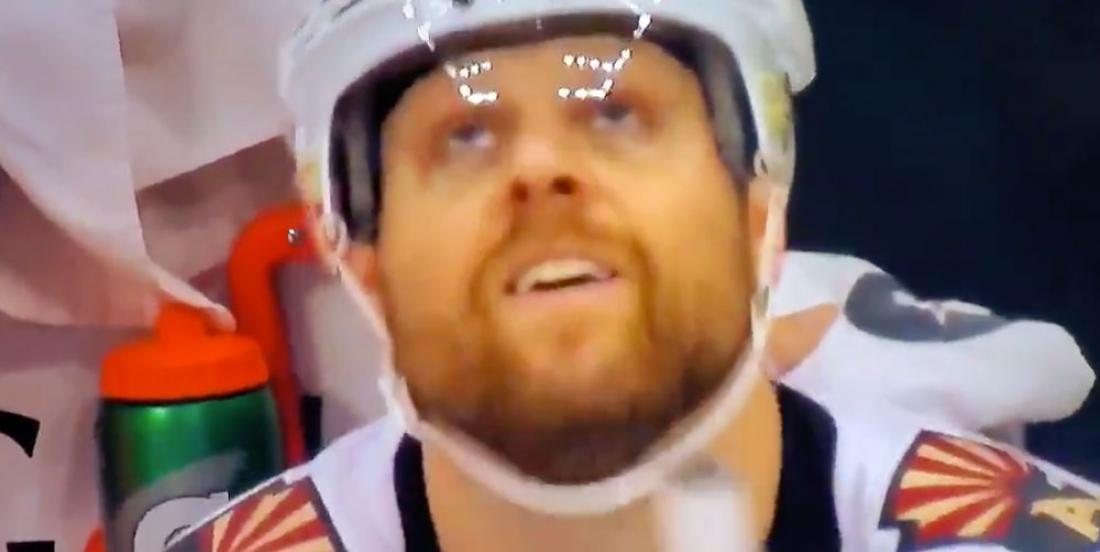 He got a long standing ovation from the crowd

The spotlight was expected to be on former Penguins Phil Kessel, who is back tonight in Pittsburgh for the first time since he was traded to Arizona this past summer.

Kessel spent four seasons with the Penguins, winning two Stanley Cups, racking up 110 goals and 303 points, and becoming something of a quirky fan favorite.

That’s why it was important for the Pens to play a video tribute for their former player and thank him for his time in Pittsburgh.

This is the video that got everyone in the crowd tearing up:

As the tribute played on, Kessel circled back on the ice, clearly moved by the video. Some Penguins players went over to thank him during the tribute.

You have to love Phil Kessel!