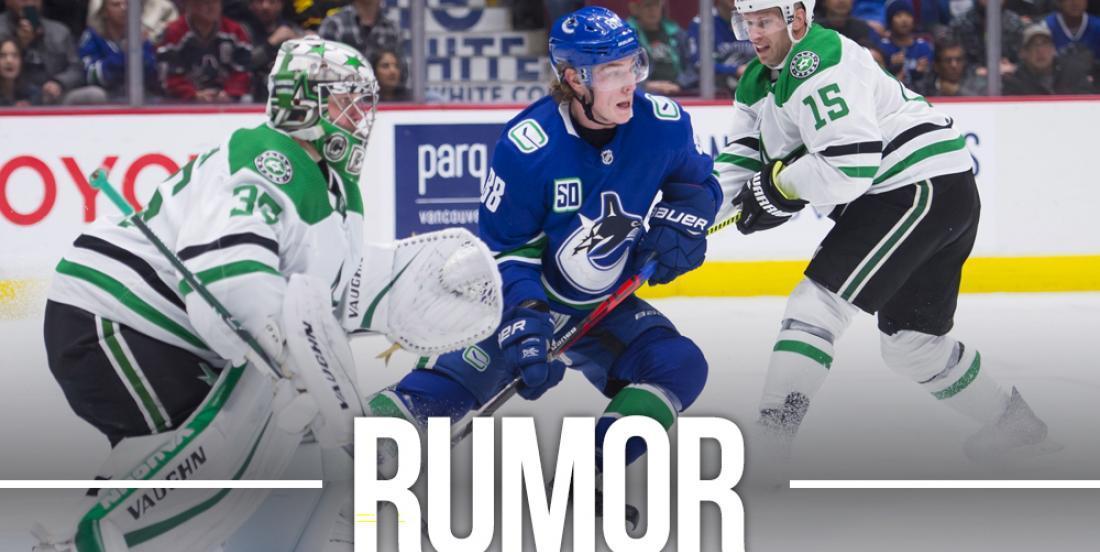 According to a second hand report from TSN 1040 reporter and Vancouver Canucks insider Rick Dhaliwal, Dallas Stars goaltender and pending unrestricted free agent Anton Khudobin has the Canucks "high on his list" of teams to negotiate with in free agency.

In case you missed it earlier today, Stars insider Sean Shapiro of The Athletic reported that Khudobin will hit the open market as a free agent tomorrow afternoon.

The 34 year old netminder made $2.5 million with the Stars in 2019-20 and is understandably looking for some term and security on his next contract. The Kazakh born Khudobin was an unlikely superstar in the 2020 Stanley Cup Playoffs, leading the Stars to within two wins of a Stanley Cup championship. He put up a remarkable 2.22 goals against average and .923 save percentage while filling in for the injured Ben Bishop.

Khudobin is now set to hit the open market with a flood of other starting goaltenders including Canucks goaltender Jacob Markstrom.