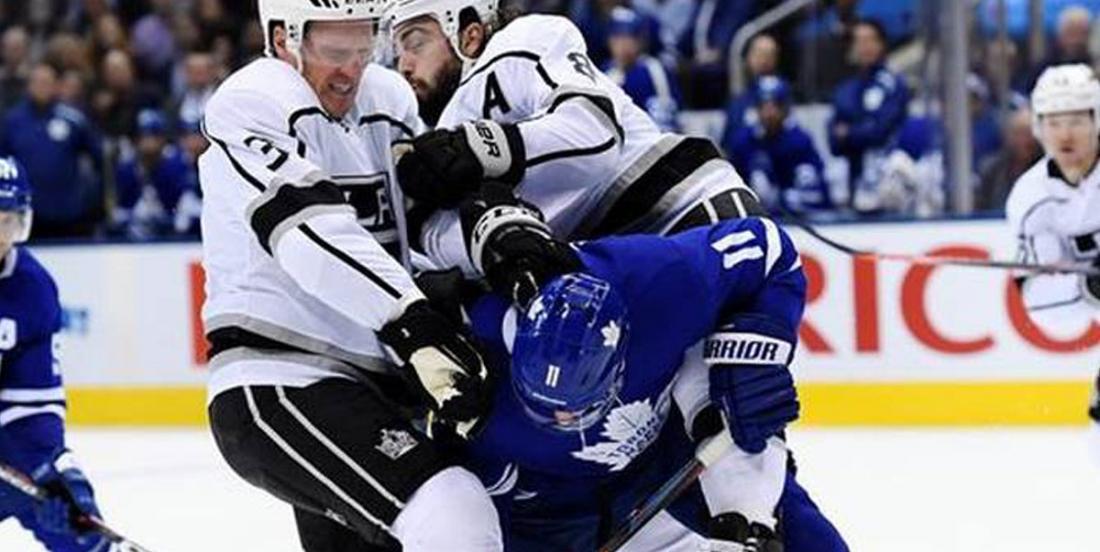 This is no secret: the Los Angeles Kings need to do something before it is too late. On Saturday, after the Kings were handed a 5-1 loss by the visiting Buffalo Sabres, the team barred the dressing room doors post-game while the players and GM Rob Blake had a secret meeting about their awful season start.  After registering a 2-1-1 record through the first four games in 2018-19, Los Angeles has dropped four consecutive games in embarrassing fashion: they lost on the roads at the hands of the Ottawa Senators and Toronto Maple Leafs. They lost home games against the New York Islanders and Sabres by a combined score of 21-5. To make things worse, last night, the Dallas Stars snapped a three-game losing skid by doubling up the Kings 4-2, handing the latter their fifth consecutive loss…

So would will pay for this? Head coach John Stevens has been the first to be blamed for the Kings’ poor performances over the past week and may be landing on the hot seat, however, Blake might look to motivate his players by landing some speed up front and making a statement with a major trade.

On Wednesday, NHL insider Darren Dreger mentioned on social media that key defenseman Alec Martinez could be used as a trade bait. When Curtis Zupke of the Los Angeles Kings attempted to find out more about this rumor, he was met by complete silence. Blake denied to comment the rumor spread by Dreger, which has only hinted that an imminent move could be on the way in Los Angeles...

“I’m not going to go into specifics into any of the [phone] calls. Listen, when you start a season like this, you’re going to have a lot of different rumors. That’s all I can say,” said Blake to Zupke for his latest piece.

Blake was as ambiguous when asked if there was anything he wanted to say about Stevens.

The easy way to shake up a team is usually to fire the head coach but in this situation, it seems like pressure should be on the shoulders on GM Blake to make the necessary changes before it is too late. Therefore, Martinez could be used in the process to acquire the immediate help the Kings so desperately need.

When asked the possibility of landing on the trade block, Martinez did not seem concerned at all, according to Zupke.

“As far as I’m concerned, it’s not worth giving any thought because it’s not going to make things any better,” Martinez said. “I, like everyone else in this room, am focused on our game, focused on getting wins and quite frankly, I don’t give a … about the rest.”

The Kings also need better prospects, as Los Angeles hasn’t had a single selection pick higher than the 11th-overall pick in the past nine drafts… Maybe with how this season has started off, the Kings might be able to land a high draft pick in the summer 2019…

It remains to be seen if they can turn things around quickly, and if one trade - or many trades - will be how Blake chooses to correct his team's issues.