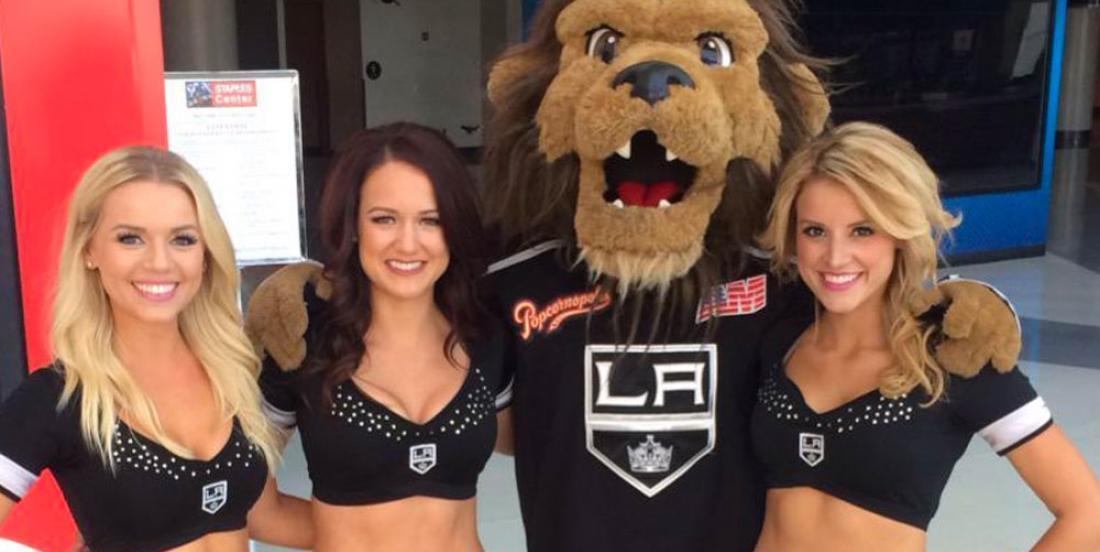 The man under Bailey’s costume, the mascot for the Los Angeles Kings, has been accused of sexually harassing a female member of the Ice Crew.

According to TMZ Sports, a woman using the alias Jane Doe has accused Tim Smith, who dresses up as Bailey, of routinely directing sexual comments and advances in her direction.

Smith is not only Bailey, he is only the manager of the Ice Crew and therefore had the power to hire and fire people.

According to the report, Smith allegedly cracked lewd jokes and made inappropriate sexual comments towards the employee. He is also said to be staring at her “buttocks and breasts” on a regular basis. The woman made it clear that the comments were unwanted — and Smith retaliated by firing her from the crew.

The victim was asked to return to the team by one of the club’s official who acknowledged Smith’s behavior, but promised to protect her. The Kings were however unable to do so as later Smith “put his crotch in her face in the mascot locker room and thrust his hips”, according to her report.

This led the woman to quit the Ice Crew for good and now suing Smith, as well as the Kings and AEG, which owns the team, for over $1 million in damages.

This is not the first time Smith is caught in such behaviour and gets sued for it. Back in 2017, Smith was sued by a dishwasher for a 2016 incident in which, dressed as Bailey, he was accused of groping a woman’s butt in a Staples Center elevator.