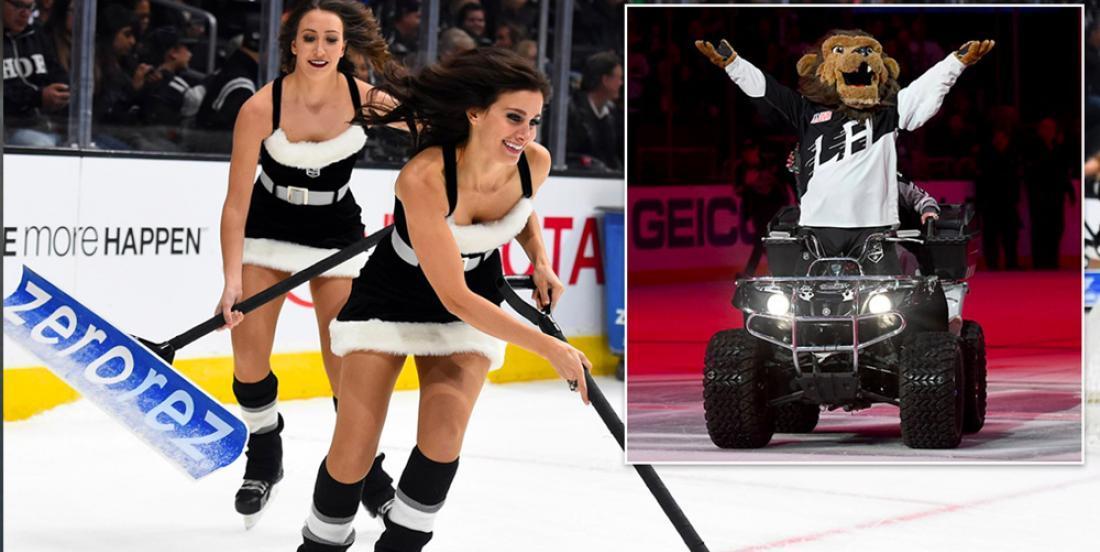 This just in, the Los Angeles Kings have reportedly suspended their mascot Bailey after disturbing allegations of sexual harassment from one of the team's Ice Crew members.

The Kings released a brief statement on the allegations saying:

"We are aware of the recently-filed lawsuit alleging misconduct by one of our employees," Kings officials said. "The LA Kings take these allegations very seriously and, as an organization, we believe that everyone has the right to work in an environment free from any form of harassment or discrimination."

"We will conduct a thorough investigation into this matter. The employee in question has been suspended, effective immediately, pending the conclusion of that investigation. We are withholding any further comment at this time."

Tabloid news publication TMZ Sports reports that one of the Kings' "ice girls" has filed a lawsuit against Tim Smith, senior manager of game presentation and events, and the Kings organization. Smith, in addition to portraying Bailey, was also responsible for managing the team's Ice Crew and could reportedly hire and fire women at will. The lawsuit alleges that Smith, "created a terrible environment for female employees—constantly cracking lewd jokes, making inappropriate sexual comments and would leer at her 'breasts and buttocks.'"

The Kings employee who filed the lawsuit is known only as Jane Doe and she alleges that Smith fired her when she said she did not appreciate his advances and comments. She returned to the team after a Kings official promised that she would be kept away from Smith.

Instead, Doe alleges Smith continued to harass her and "put his crotch in her face in the mascot locker room while making lewd comments and thrusting his hips."

She then quit on her own accord and has filed this lawsuit.

Doe is suing Smith, the Kings and their ownership group AEG, seeking more that $1 million USD in damages.

Whether or not Doe succeeds in her lawsuit, it's difficult seeing the Kings bring Bailey back for 2020-21. Obviously Smith is likely done with the organization, but can they distance the character of Bailey from the allegations currently laid against Smith? Unlikely. And honesty... Bailey is kind of an obnoxious jerk, anyways.

My idea, open up the wallet and sign this guy already: